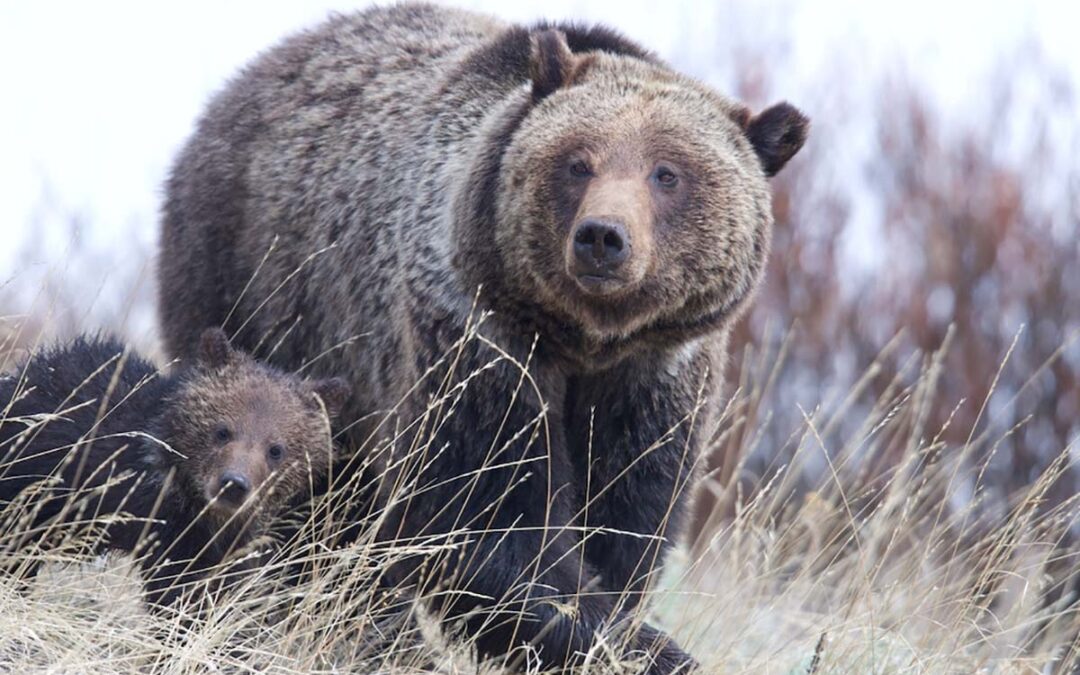 There’s no other way to put it, the Cabinet-Yaak grizzly population is going downhill fast – which is the opposite of the agency’s legal mandate to recover, not extinguish, endangered species.  In 2018 the U.S. Fish & Wildlife Service counted 54 grizzlies in its monitoring report.  In 2019 only 50, down to 45 in 2020 and the 2021 estimate is only 42 bears. That’s a stunning crash of nearly one-quarter of the population in only four years!

Given the precipitous population loss – and the increasing threat of irreversible inbreeding – the Alliance and Native Ecosystems Council felt we had no choice but to file a lawsuit on January 6th to overturn the Kootenai National Forest’s approval of the massive Black Ram logging and road-building project.

Stretching from the Canadian border to the Yaak River, in northwest Montana, the Black Ram decision authorized clearcutting on an estimated 2,442 acres, 1,460 acres of additional commercial logging, 7,034 acres of burning, 3.5 miles of new road construction and reconstruction of 90.3 miles of existing logging roads — in spite of the fact that most grizzly bears are killed near roads.

Given the plummeting population, the Forest Service’s strategy of bulldozing ever more logging roads and clearcutting in grizzly habitat is obviously not working.  Even worse, the most recent monitoring report, released late in 2022, shows the mortalities include three female grizzlies between 2106 and 2021, and three more dead females plus an additional male mortality as of October 2022.

Grizzly’s natural characteristics make it particularly vulnerable due to its late age at first reproduction, small litter sizes, and the long interval between litters – all of which lead to one of the slowest reproductive rates of North American mammals. A female grizzly can replace herself with one breeding age female in the first decade of her life and only if she survives to breeding age and doesn’t get shot by a rancher or poacher or Wildlife Service gunner first.

According to published, peer-reviewed scientific literature, (Kendall et al. 2016), losing three Cabinet-Yaak female grizzlies in a single year will likely result in a population decline.  That’s particularly troubling since scientists have determined that an increased loss of even one adult female bear every 2-5 years can dramatically escalate risks of population extirpation — a point that has been emphasized in research on viability of bear populations (Suchy et al. 1985, Sæther et al. 1998).

As noted by Dr. David Mattson, a preeminent grizzly bear research scientist in Montana, “the entire corpus of research produced on viability of isolated or semi-isolated populations [such as the Cabinet-Yaak] of bears and other large, long-lived mammals shows that populations of 50-100 animals are acutely vulnerable to extinction (50-95% likely) over a relatively short period of time (100 years or less.

Once a logging road is built, people keep using it even when the Forest Service ‘closes’ it with a gate or builds a berm and claims the road no longer exists.  In terms of all of the human uses that affect grizzly bears, the U.S. Fish & Wildlife Service has long found that roads pose the most imminent threat to grizzly habitat today because roads provide humans with easy access into grizzly bear habitat, which leads directly to bear mortality from accidental shootings and intentional poaching.

Moreover, the Forest Service is violating its own Forest Plan standard for road density in grizzly bear habitat by contending that there is no motorized use on gated or roads where they built a berm.  But as photographically documented, there’s no question that people are still driving on these roads illegally, they just go around the gates and/or over the berms.

Please help the Cabinet-Yaak grizzly bears by donating to pay for the cost of this lawsuit.