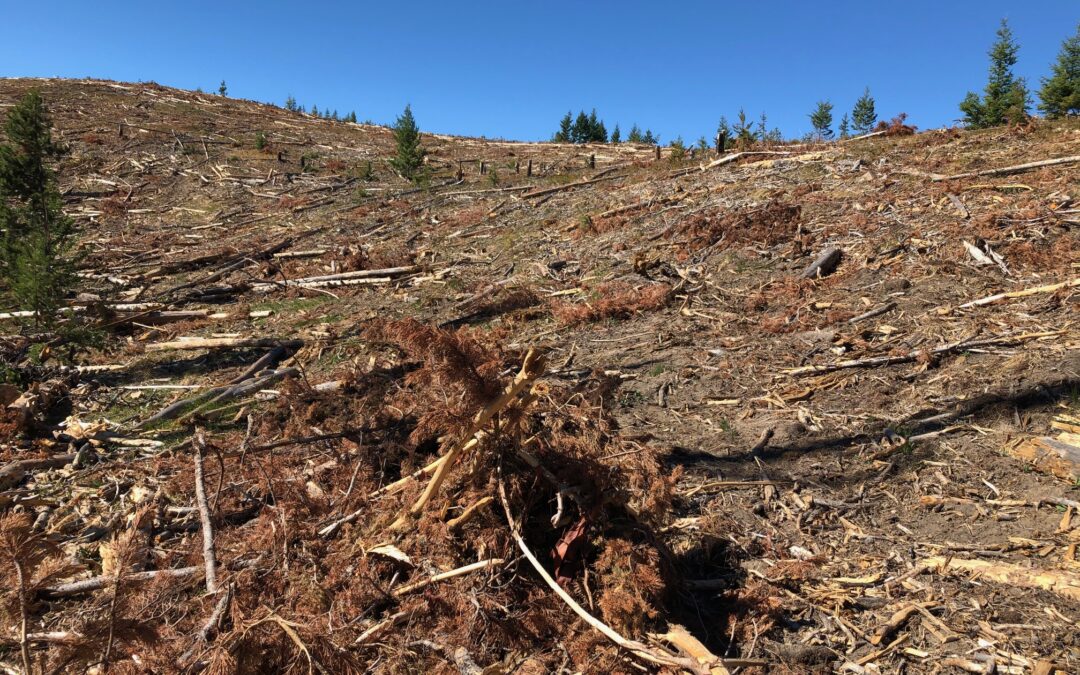 Alliance for the Wild Rockies sued the Lolo National Forest on Oct. 23 to stop the Soldier-Butler timber sale in the Ninemile Ranger District over wildlife habitat destruction from the project’s extensive logging and road-building. We filed a separate 60-day notice of intent to sue because the U.S. Forest Service did not obliterate roads it previously promised to remove, violating an agreement with the Fish and Wildlife Service to limit roads in the area for grizzly bear security. As approved, the project will irreparably degrade this important linkage corridor for grizzly bears and other wildlife species, like elk.

The Forest Service estimates it will lose $5,122,000 on the Soldier-Butler logging and burning project. That’s a direct subsidy of federal taxpayer dollars to the timber industry to seriously damage our dwindling intact national forests and wildlife for private profit.

This is another “landscape scale” logging and road-building project, encompassing 45,160 acres — more than 70 square miles. The area includes a portion of the Reservation Divide Inventoried Roadless Area, supposedly protected by the Roadless Rule — a rule routinely ignored by the Trump administration’s anti-environmental, pro-extraction Forest Service.

The project calls for logging and burning on 9,975 acres, including clearcutting 114 acres in the Ninemile Valley. Although the area is already heavily roaded, it calls for bulldozing 16.4 miles of new roads and adding 35.4 miles of “undetermined roads.”

Let’s be clear: What the Forest Service calls “undetermined roads” are illegal roads the agency only recently discovered and is now legitimizing by including them in its forest road system.

The area overlaps with another huge timber sale, the 2006 Frenchtown Face Ecosystem Restoration Project. The Alliance dropped its challenge to the Frenchtown Face project because the Forest Service promised to obliterate 115 miles of roads — through ripping of road surfaces and entrance closures — which would have mitigated the impacts of that project, benefiting grizzly bears and big game. Now, the Solider-Butler project reverses that promise and plans to decommission only 34 miles of overlapping roads “naturally,” meaning, by doing nothing.

Like many Forest Service projects, trees get cut and roads get built, but mitigation work — such as road removal — never gets done.

Consider this Forest Service wildlife biologist’s warning: “New road construction, particularly the ‘fire access road’ that would extend into the Pine Creek and Marion Creek areas, would provide new non-motorized access into an area that is currently very difficult to access. This road, plus the commercial thinning that would occur in the area, would substantially change the character of that area, reducing the sense of security and undisturbed nature of the area for big game. Use of these roads during the project will effectively make them the same as open roads in terms of the effects to grizzly bears, which are primarily displaced due to disturbance.”

Since Trump’s Forest Service cannot be trusted to keep its word, we have no choice but to sue in federal court for violations of the laws Congress enacted to protect our public lands from destruction.

Please help us keep doing what we do best, protect wildlife habitat.