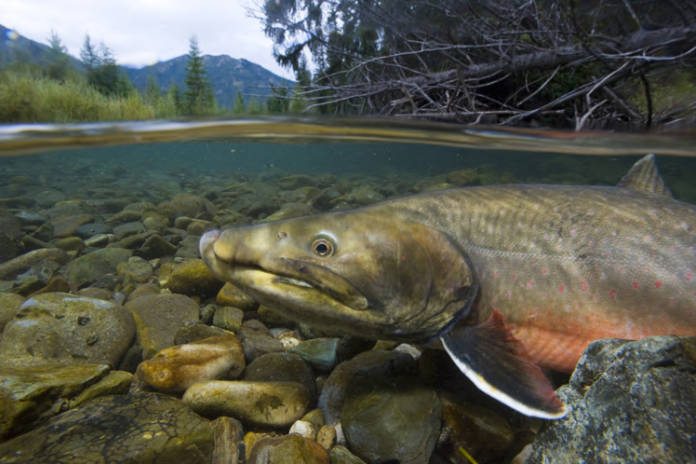 The Alliance for the Wild Rockies filed suit in federal court in Portland, Oregon against the Army Corp of Engineers, the Bonneville Power Administration and the Bureau of Reclamation in July 2016 for failing to complete consultation with the U.S. Fish and Wildlife Service for federally-operated dams in bull trout critical habitat.  Today the Court dismissed the lawsuit after the agencies reinitiated consultation.

Mike Garrity, Executive Director of the Alliance for the Wild Rockies said, “We are thrilled that the agencies finally did what they were suppose to so in 2010 which was to consult with the Fish and Wildlife Service to ensure that these dams don’t harm bull trout critical habitat.”

“We are looking into the potential substantive violations of the ESA as a result of reinitiating consultation,” Garrity continued, “and will determine if the changes made (if any) are sufficient to ensure that critical habitat is not harmed.”

Garrity added, “It took six years after the designation to get the federal agencies to reinitiated consultation.”

Garrity continued, “The goal of our lawsuit was to force the Bureau of Reclamation, Bonneville Power Administration and Army Corps of Engineers  to reinitiate consultation on hydroelectric projects operating on bull trout critical habitat and it worked.”

Garrity said, “After the lawsuit was filed, the Defendants reinitiated consultation on the dams thus, today the Court dismissed the law suit as moot because Alliance got the relief we requested. A court may only dismiss a case as moot if Plaintiffs have received what they asked for.”

Garrity concluded, “Our next step here will likely be reviewing each of the dam’s Environmental Assessments to determine if there are substantive violations of the ESA. That, however, would be a separate action from this one.”< Bull trout are already extinct in California, inhabit only one stream system in Nevada, and are “at high risk of extinction in Oregon, Washington, and parts of Idaho” according to the U.S.D.A.’s Natural Resource Conservation Service, which also found “Montana bull trout are considered secure in only 2 percent of the stream segments they inhabit.”  They were listed as “threatened” under the Endangered Species Act in 1998 and in 2010 “critical habitat” for the imperiled fish was designated throughout the Columbia River Basin. The Endangered Species Act required that the Army Corp of Engineers, the Bonneville Power Administration and the Bureau of Reclamation consult with the Fish and Wildlife Service on the dams they manage in bull trout critical habitat to ensure that agency operations will not result in the destruction or adverse modification of bull trout critical habitat. The effected dams are Libby, Dworshak, Lower Granite, Little Goose, Lower Monumental, Ice Harbor, McNary, John Day, The Dalles, Hungry Horse, Albeni Falls, Grand Coulee, Chief Joseph, Bonneville, Cougar, Dexter, Lookout Point, Hills Creek, and Blue River dams in the Columbia River Basin. Click here to view a PDF version of the order.