Alliance for the Wild Rockies needs your help 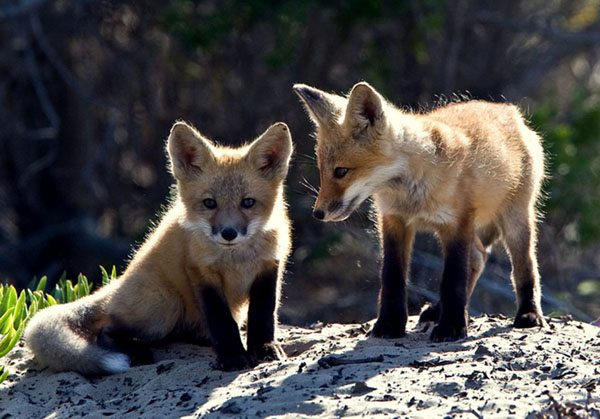 Hello. It’s no great secret that the remaining tracts of roadless public lands are threatened every day by logging, grazing, mining, oil and gas drilling and the road-building to support those extractive industries.  The effects are likewise no mystery.  The wildlife that requires the security of roadless habitat, such as grizzlies, lynx, sage grouse, and wolverines, are being squeezed into ever-tinier slices of fragmented landscape.  Although the Roadless Rule was formulated some 20 years ago to protect our dwindling roadless lands, it’s now under attack by Trump’s Forest Service that has approved the construction of a natural gas pipeline through five Inventoried Roadless Areas in southeast Idaho.

To stop the destruction of the roadless lands and protect endangered species, the Alliance for the Wild Rockies and Yellowstone to Uintas Connection recently filed suit in federal court to stop the project in its tracks.

Last November the Forest Service authorized a private, for-profit corporation to clear-cut a 50-foot wide, 18.2-mile-long corridor through publicly-owned National Forest lands for construction of the Crow Creek underground natural gas pipeline.  In addition to the 50-foot right-of-way during construction, the Forest Service granted a permanent 20-foot Right-of-Way to maintain the pipeline as well as the above-ground facilities such as valves, the utility corridor, and staging areas.  These are lands that would be designated as wilderness under the Northern Rockies Ecosystem Protection Act currently before the U.S. Senate and the House of Representatives.

There are exactly zero benefits to public lands or wildlife from this project. Just the opposite, in fact, since the pipeline will result in wildlife displacement and habitat fragmentation in the regionally-significant wildlife corridor between Yellowstone National Park and the Uintas mountain range.  The U.S Fish and Wildlife Service stated that grizzly bears, lynx, Ute ladies’ tresses orchid, and yellow-billed cuckoo — all of which are on the Endangered Species List — may be present in the project area. The agency also failed to analyze the impact of the project on directly adjacent lynx critical habitat. Wolverines which are proposed to be listed as threatened may also be in the area.

The project analysis simply failed to seriously take into account the effects of habitat fragmentation, illegal Off Highway Vehicle activity, and possible pipeline malfunction on Endangered Species.  Instead, the Forest Service relies on insufficient measures to mitigate the impacts.

This project is so inconsistent with the existing Forest Plan that the Forest Service had to amend the plan for six different management prescriptions. This site-specific amending to change the management plan for the entire National Forest for the benefit of a private natural gas company is a classic example of what land use planners call ‘spot zoning.’  That means giving one person or entity special treatment while expecting everyone else to follow the rules.

Additionally, the agency failed to disclose and demonstrate compliance with its requirements for protecting sage grouse and failed to even analyze the cumulative effects on imperiled sage grouse as required by both the Forest Plan and the National Environmental Policy Act.

In essence, the federal taxpayers who own these public lands are subsidizing profits for a private corporation at the expense of the ecological integrity of their public lands and wildlife.  In 2018 the Fourth Circuit Court of Appeals concluded the Forest Service was not authorized to allow the Atlantic Coast pipeline to run under the Appalachian Trail. The same issues apply in this case.

We gave the Forest Service and the Trump administration plenty of opportunity to address these serious legal problems with the project by sending them a 60-day Notice of Intent to Sue in January.  Plus we filed exhaustive public comments on the proposal during the public review period.  Unfortunately the Forest Service did not reconsider its decision and we are left with no choice but to take the steps necessary to bring the project in compliance with federal law.  That’s just what we’re going to do — for the sake of our public lands and wildlife and especially the plants and animals on the Endangered Species list.

What you can do

1) Contact your member of Congress and ask them to cosponsor the Northern Rockies Ecosystem Protect Act, H.R. 1321 in the House of Representatives, and S. 827 in the Senate.

2) Please consider making a special donation to the Alliance for the Wild Rockies  to help pay for fighting to protect roadless lands in the Northern Rockies from Trump until we can get them formally designated as wilderness.

Thank you for your time.