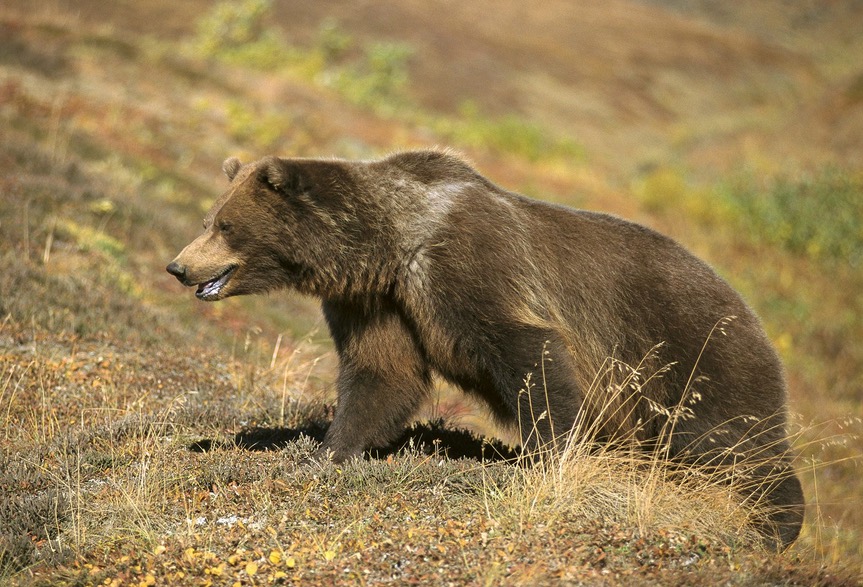 There was never any scientifically-sound reason to clearcut and bulldoze new logging roads into the roadless lands tucked along the Continental Divide in Helena, Montana’s backyard. But Trump’s Forest Service is on a cut and run tear and decided to do it anyway using the excuse that it would save the city’s water supply. The Alliance for the Wild Rockies and Native Ecosystems Council challenged that decision in federal court. We are thrilled to announce that the Court ordered the Forest Service to halt any logging and burning in the Jericho Mountain and Lazy Man Gulch Inventoried Roadless Areas, which are a significant part of the huge Tenmile-South Helena Project in the Helena-Lewis and Clark National Forest.

The Court’s Order clearly identified the roadless lands in the 60,000 acre project as “biological strongholds for elk and grizzly bears” and noted that the Project’s addition of new logging roads and non-motorized mountain bike trails in grizzly bear secure areas was the determining factor in its decision since “grizzly bear survival is strongly linked to the availability of secure habitat.” The Court also found the Forest Service’s approval of miles of new mountain biking trails in the area to be severely deficient, writing: “The Biological Opinion’s failure to recognize –much less analyze– the effects of building and improving recreational trails violates the Endangered Species Act and the Administrative Procedures Act.”

Because the Order specifically states that the survival of grizzly bears is dependent on “secure habitat,” this ruling is now the legal precedent that the Forest Service will be required to follow in future logging projects. As a result, roadless areas and grizzly bear habitat both now have stronger protection from the Forest Service’s insatiable need to get the cut out for the timber industry.

Sediment running off the clearcuts is another primary reason why logging in municipal watersheds is a very bad idea. A recent article in British Columbia noted: “Community watersheds across the province used to be off-limits to logging. But in recent decades that’s all changed. Now communities face escalating costs as mudslides trigger boil-water advisories and the need for pricey water-treatment plants.” Those upgrades run in the tens of millions of dollars – and while wildfires might produce runoff in certain extreme weather conditions, it is absolutely assured that high-elevation logging roads and clearcuts will dump silt into headwater streams.

But since we obviously can’t trust the Forest Service to protect our roadless lands, the best way to keep our remaining roadless lands from being ripped apart by bulldozers and clearcuts is for Congress to designate them as formal Wilderness Areas. The Lazy Man and Jericho Mountain Inventoried Roadless Areas are wilderness quality lands and would be designated as Wilderness under the Northern Rockies Ecosystem Protection Act (NREPA). This legislation is currently pending in Congress as S. 827 in the Senate with 16 sponsors and as H.R. 1321 in the House, with 44 sponsors. NREPA would protect all of the 23 million acres of Inventoried Roadless Areas in the Northern Rockies including Lazyman and Jericho Mountain and preserve them as carbon sinks, secure wildlife habitat, and important wildlife corridors. Please ask your Senators and Representative in Congress to cosponsor this essential legislation.

Criticism is often leveled at groups that challenge illegal logging projects in court, but the Forest Service could have avoided this lawsuit had the agency kept its word and honored the agreement it signed with Helena citizens and city officials to not bulldoze new logging roads in roadless areas in Helena’s Ten Mile watershed. Unfortunately, the Forest Service went back on its word so we had to go to court where we won on the merits to protect wildlife, endangered species, and our dwindling roadless lands.