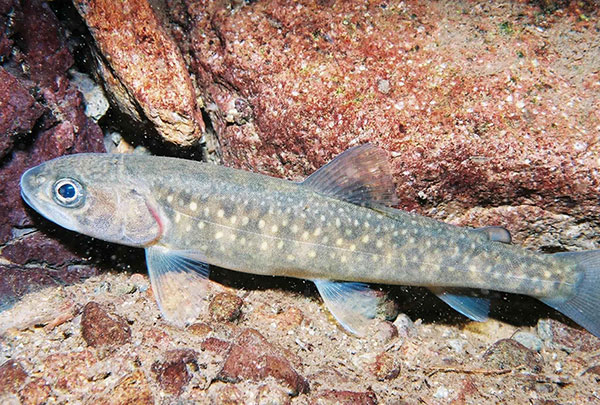 “Bull trout are listed as ‘Threatened’ under the Endangered Species Act,” said Mike Garrity, Executive Director of the Alliance for the Wild Rockies.  “But they are being killed by the hundreds every year due to poor dam design, unscreened diversions into irrigation ditches, and river dewatering.  Seeking to remedy this extremely poor management, on September 26 we sent a 60-day Notice of Intent to Sue to the Trump administration’s U.S. Department of Interior.

“The U.S. Fish and Wildlife Service and U.S. Bureau of Reclamation are agencies within the Department of the Interior and they both have a statutory duty to take active steps to protect endangered species,” Garrity explained.  “But they have not done so, even though remedies are available and in wide use across the West.”

Garrity says bull trout and other native fish in the St. Mary drainage on the east side of Glacier National Park have been impacted and outright killed by the irrigation project in a number of ways:

(1) The St. Mary Diversion Dam is a known barrier to critical upstream migration of bull trout and other fish, at least seasonally.

(2) Bull trout and other fish are diverted into the unscreened St. Mary Canal, and mostly die in irrigation ditches, first from heat stress and when the canal is dewatered in the fall; and

(3) During the non-irrigation period (typically October-March), Swiftcurrent Creek is completely dewatered from the dam to the Boulder Creek confluence while releases of water from the Sherburne Dam are shut off to refill the reservoir. This annual dewatering of Swiftcurrent Creek results in the mortality of bull trout and many other native fish.

“The effect on native fish is so great that the irrigation project has been identified as the primary threat to bull trout in the Saint Mary Recovery Unit,” Garrity continued.  “And the main aspects of the project responsible for these threats are:  (1) The design and management of the Saint Mary Diversion Dam, which results in the entrainment of up to 600 juvenile bull trout each year, and also impairs the upstream passage of pre-spawning adult bull trout; and (2) the operation of the Sherburne Dam results in low or no flows that leave downstream water far too warm for bull trout survival.”

As Garrity explained; “There’s a simple and effective way to keep bull trout out of irrigation ditches by installing self-cleaning fish screens at the point of diversion.  These fish screens, which are widely used in Montana and across the West, let the water through but keep bull trout and other fish out.”

“It’s well known that the Trump administration has a horrific record on endangered species.  We intend to encourage and, if necessary, take the administration to court to stop killing bull trout and start working toward their recovery as required by the Endangered Species Act,” Garrity concluded.  “Our planet is getting hotter which makes it even more difficult for bull trout to survive.  The Trump administration and the Department of Interior don’t need to make their survival any harder by allowing hundreds of bull trout to die annually in warm water irrigation ditches.”