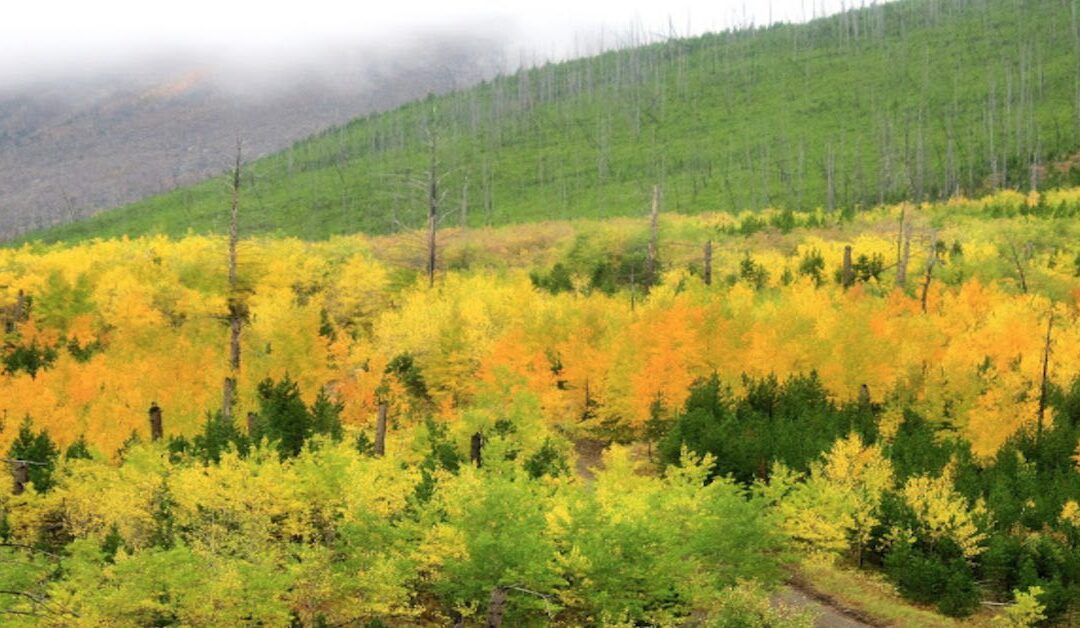 The Alliance for the Wild Rockies filed a lawsuit on April 3rd in Federal District Court in Great Falls, Montana to stop the Elk Smith Project on the Helena-Lewis and Clark National Forest.  The project seeks to non-commercially log and/or burn 10,331 acres in the Elk and Smith Creek drainages about 100 miles south of Glacier National Park, along the world-famous Rocky Mountain Front.  The area is naturally regenerating from the 1988 Canyon Creek fire with the trees now about 16 feet tall.  All 10,331 acres are in an Inventoried Roadless Area.

Grizzly bears, lynx, and wolverines inhabit the area proposed for logging and burning and all are listed or proposed for listing under the Endangered Species Act.  But a published, peer-reviewed scientific journal article in the Canadian Journal of Zoology found that wolverines were less likely to occur at sites with oil and gas exploration, forest harvest, or burned areas. Additionally,  field studies on this National Forest have documented declining detections of carnivores during the past several winters after large-scale logging along Telegraph Creek and the Continental Divide south of MacDonald Pass about 100 miles south.

It is crystal clear that the Forest Service must analyze the effects of the project on wolverines and consult with the U.S. Fish and Wildlife Service for this project given our recent court victory on this same issue on the North Hebgen timber sale on the western border of Yellowstone National Park.  Both failures are in clear violation of the Endangered Species Act.

Wolverines are proposed for listing under the Endangered Species Act and if we want to prevent their extinction, we need to quit destroying and chronically disrupting their habitat.  The Roadless Rule prohibits cutting trees in roadless areas except for very limited circumstances, which are not present here.

More specifically, the Landscape Assessment map indicates that little, if any, of the Project area has significantly departed from historic conditions. Instead it appears that at least a portion of all or most of the tree-cutting units for the Project occur in an area that is within historic range.

The Project also violates the Forest Service’s own Forest Plan standards for lynx habitat. The agency claims it is exempt from these standards because the entire project area is allegedly in the “Wildland Urban Interface.”  However, instead of using the required Wildland Urban Interface map from the Tri-county community wildfire protection plan, the Forest Service just made up its own Wildland Urban Interface.  Just as the agency recently admitted this was illegal to do on the Telegraph logging project, another timber sale we sued the Helena-Lewis and Clark National Forest on, it is also illegal in this case.  It’s also very important to know that there is one house in the middle of the project area and the homeowners who live there submitted comments opposing the project.

It seems that the majority of the community is against this project.  Fearing a loss of early snowpack due to deforestation, the Fort Shaw Irrigation District submitted comments saying that it “adamantly opposes” the project.

The Greensfield Irrigation District also commented:
“Erosion, and subsequently water quality, are issues which are directly related to deforestation and loss of ground cover. The Elk-Smith Project Preliminary Analysis document fails to adequately assess the long-term environmental impact that these burns will have regarding progressive soil erosion and sedimentation; and the promotion thereof.”

The Greensfield Irrigation District continued, “In theory, water supply or overall basin runoff yields will be impaired as a result of a loss of the forest canopy. Tree stands, regardless of maturity, shelter snow packs from the devastating effect of sublimation. Warm, dry winds can decimate and diminish the snow- water content of snow packs thereby decreasing the quantity of water or basin yield. Irrigation districts such as GID rely exclusively on the amount of water emanating from the mountains to satisfy our water rights. The Elk-Smith Project Preliminary Analysis document fails to adequately assess or quantify the long-term environmental and economic impacts that the proposed burns will have on the loss of water availability and basin yield due to increased sublimation.”

It’s unfortunate that we have to go to court to ensure that the Trump administration follows existing law.  But we’re talking about the Rocky Mountain Front here, an area described as the American Serengeti because of its incredible wildlife.  Furthermore, this area would be designated as wilderness under the Northern Rockies Ecosystem Protection Act, which currently has 15 sponsors in the Senate and 44 sponsors in House of Representatives.  We simply have to go to court for the sake of future generations and the survival of the grizzly bear, wolverines and lynx.