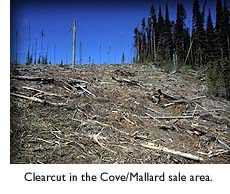 We just had a week in which our nation saw its president openly laughed at in front of the United Nations by the world’s leaders for his ridiculous braggadocio about his own success. Then the Senate Judiciary Committee blatantly ignored additional sexual abuse accusations against a Supreme Court nominee. Capping it was an unsubstantiated attack on environmentalists by Montana’s Rep. Greg Gianforte, who vowed to change the Equal Access to Justice Act to make it harder to sue government agencies that break environmental laws.

Hard to miss the hypocrisy when a Senate committee says Dr. Christine Blasey Ford can’t definitively prove her allegations that Supreme Court nominee Brett Kavanaugh sexually assaulted her during a drunken high school party — but that Gianforte doesn’t have to provide a shred of proof for his accusations against environmentalists trying to save what’s left of America’s national forest legacy. Apparently what’s good for the ganders is not equally good for the geese.

But if Gianforte was looking for an election-year boost from his baseless finger-pointing, it was a huge flop. Gianforte claimed that “wealthy environmental organizations” that litigate environmental suits against the federal government are “extremists” who stifle “responsible use of natural resources” and are an “abuse” of taxpayer dollars. But the facts contradict his accusations.

At issue is whether or not individuals or groups who go to court and prove the federal government broke the law are entitled to their legal fees if they win. According to Gianforte, this is a big deal and we should all be very concerned because his pals in the timber industry say they should get all the logs they want from our national forests and their commercial profits should take precedent over fish, wildlife, land or water quality laws.

Yet, when the experts testified in front of the House Subcommittee on the Interior, Energy and the Environment last week, Gianforte’s claims were refuted. Georgetown University Law Center’s Professor Sara Colangelo testified that currently “there was no way to readily determine who made claims, the total amount each department paid or awarded in attorney fees, who received the payments, or the statutes under which the cases were brought.” Colangelo also told the committee the attorney fees paid to environmental groups were “miniscule.”

The witness from the American Farm Bureau claimed environmental lawyers were exceeding the $125 per hour cap in the Equal Access to Justice Act by charging $500 to $700 an hour — but provided no specific examples to back up his claim.

The American Forest Council claimed environmental groups have created a “cottage industry” by suing the government and that forests that aren’t logged might burn up because of the delays. This twisted threat echoes the bizarre Vietnam War-era military “logic” that “we had to destroy the village to save it.” But logged forests provide no barrier to wildfires, as we saw in Seeley Lake a few years back when wildfires burned right through clearcuts and kept going.

Then Gianforte’s fellow committee member pointed out that a 2011 report by the General Accounting Office showed 98 percent of EAJA fees went to veterans fighting disability or Social Security cases.

Were you listening, Mr. Gianforte? Or didn’t you want to hear the facts opposing the election-year baloney you’re peddling?

Veracity seems to be an endangered species in Washington, D.C., these days from the White House on down to the Republican-controlled Congress. But as they say, “the truth shall set you free” — and freedom from Gianforte’s baseless claims against environmentalists would be very good indeed.