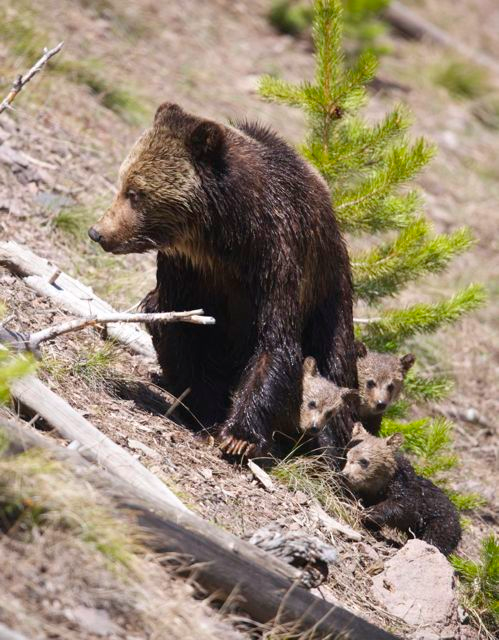 On December 13, a federal court in Montana handed down a big victory for elk and grizzly bears in Montana. The U.S. Forest Service had approved a commercial logging and road-building project on public lands in Montana’s upper Blackfoot River watershed, an incredibly special region made famous by the book and movie, “A River Runs Through It.” The Alliance for the Wild Rockies then filed a lawsuit against the project — called the “Stonewall project” — to protect the region’s grizzly bears and wild, free-roaming elk herds. In response, the federal court agreed with conservationists and held that the project is illegal and cannot be implemented.

We are not alone in their concern for this area. Montana’s state wildlife agency — Montana Fish, Wildlife, and Parks — has also expressed serious concerns about this region. In prior letters to the Forest Service, State biologists informed the Forest Service that “neither public land [elk] populations nor bull [elk] ratios in the Lincoln valley have increased despite [very liberal state hunting regulations.]”

State biologists explained that habitat degradation from roads and logging on public National Forest lands results in displacement of elk from public lands to private lands. More specifically, the State biologists have found that “the number of elk that spend the majority of the year on some nearby private lands has increased dramatically between 1986 and 2013. FWP has consistently urged the [Helena National Forest] to increase functional fall habitat security on the Lincoln Ranger District.”

The shift from public land elk herds to private land elk herds raises serious concerns about whether wealthy landowners will start implementing a pay-to-play system for elk hunting on their private ranches in Montana.

Forcing elk herds off public lands and placing them in the hands of the 1% is unconscionable. Fortunately, there is a solution — reduce logging and road-building on public National Forest lands and comply with the scientific research on minimum habitat needs for elk.

Not only would elk habitat protections conserve wild, free-roaming elk herds on public lands, but such protections would also protect habitat for other species that are harmed by roads and logging — including endangered grizzly bears, wolverines, and lynx.

The federal court’s decision stopped the Stonewall project and set important legal precedent in favor of protecting public wildlife on public lands. But one victory is not enough — it will take endless pressure, endlessly applied to ensure healthy, wild, free-roaming elk herds and grizzly populations for future generations. That’s where you come in.

Please donate to the Alliance for the Wild Rockies to keep this good fight going. Or mail a check to:

Alliance for the Wild Rockies