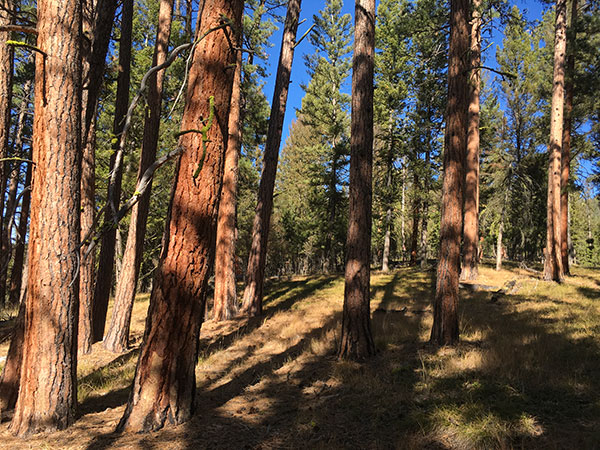 The Bitterroot National Forest formally withdrew its decision authorizing the Gold Butterfly Project after the Alliance for the Wild Rockies and Friends of the Bitterroot filed a lawsuit challenging the project this summer.

The Gold Butterfly logging project was planned for an area east of Corvallis, Montana in the Sapphire Mountains. Dubbed “the largest project in recent memory” by the Missoulian (July 7), the project called for commercial logging on 5,461 acres, clearcutting across wide swaths of forest, prescribed burning activities on 4,854 acres and non-commercial logging of smaller trees on 5,040 acres. It also included logging more than 750 acres of increasingly rare old-growth forest, bulldozing in 16.5 miles of new, permanent roads, destruction of wildlife habitat and degradation of spawning streams for endangered bull trout.

It made absolutely no sense to go forward with this enormously expensive and environmentally destructive project given the nation’s current economic condition. As the U.S. Forest Service’s own data indicates, federal taxpayers would lose a stunning $4.2 million on the project. Significantly, this information was buried in internal documents that the Forest Service did not honestly disclose to the public in the environmental impact statement.

We are also happy that the decision to pull the project saves more than a square mile of old-growth forest slated to be chopped down. The Forest Service claimed it was going to conduct this logging under the provisions of the Healthy Forest Restoration Act — but there’s a real legal problem with that since the Act actually prohibits logging old-growth forests.

Additionally, one of the key provisions of the Healthy Forest Restoration Act is that all timber sales issued under the law’s authority must comply with each National Forest’s Forest Plan. But the Gold Butterfly logging plan violates the Bitterroot National Forest’s forest plan standards for both old-growth habitat and road limitations in elk habitat.

Concerning the old growth violation, the Forest Service openly admitted: “When it came out in the Complaint that we were not using the standards found in the Forest Plan, we took a look and saw that was right.” This means not only did the agency admit to violating its own forest plan, but it also implicitly admitted that it violated the Healthy Forest Restoration Act by approving a project that violates the forest plan.

What they didn’t say was that we notified the Forest Service that they were violating their forest plan in our comments on the logging proposal during the public review and comment period — but it took filing a lawsuit before the agency would back down.

Regarding the elk habitat violation, the Forest Service admitted it did not comply with the standard for elk habitat and it proposed a new standard for the project. However, that new standard requires at least 30% of the project area be maintained in “elk security blocks.” The project area fails with only 8% security. Once again, however, the Forest Service chose not to disclose its non-compliance to the public in the environmental impact statement.

The vast majority of the people who commented opposed the project. That’s no wonder when you consider 6,000 to 7,000 loaded logging trucks would be thundering down narrow Willow Creek Road near homes, children and pets.

The Alliance for the Wild Rockies and Friends of the Bitterroot were honored to stand with the thousands of citizens opposing this project. Rest assured we will continue to challenge illegal Forest Service decisions in court — especially this one — if the Forest Service decides to try to clearcut this area in the future.