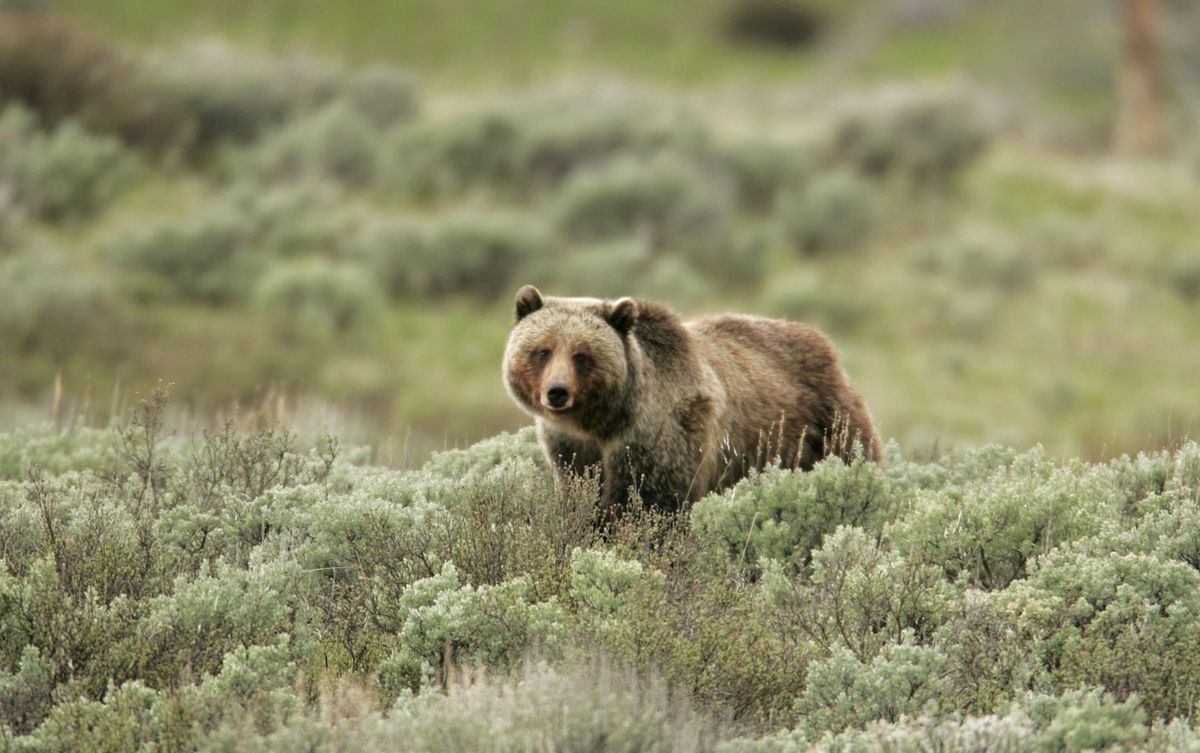 Originally published in The Missoulian here.

Whether grizzly bear numbers in northwest Montana are stable, shrinking or growing, both sides of a lawsuit over their federal status agree there aren’t enough of them.

But lawyers for the Alliance for the Wild Rockies and the U.S. Government could not agree why the U.S. Fish and Wildlife Service switched its recommendation from “warranted but precluded” for more protection under the federal Endangered Species Act to a designation indicating the bear population was close to recovery. The two sides argued before U.S. District Judge Dana Christensen in Missoula on Thursday.

Rebecca Smith of the Public Interest Defense Center represented AWR, and argued the federal agency was breaking a 20-year position – that the Cabinet-Yaak bears deserved more protection – by suddenly announcing it was lowering the bear’s status.

The Cabinet-Yaak ecosystem is one of four grizzly bear recovery zones in and around Montana, and the smallest with an active bear population. The Northern Continental Divide Ecosystem and Greater Yellowstone Ecosystem each contain more than 800 grizzlies, while the Bitterroot Ecosystem has no known bears although it’s historically prime grizzly habitat.

Smith argued that between 2007 and 2014, grizzlies in the Cabinet-Yaak dropped from 47 bears to 41 – a 13 percent decline. FWS’ minimum population necessary for recovery in the 2.4-million acre region is 100 bears.

Department of Justice attorney Ricky Turner represented the Department of Interior and its U.S. Fish and Wildlife Service. Turner agreed Cabinet-Yaak grizzlies haven’t reached recovery. But the population has moved from the brink of extinction to threatened status, and their numbers have been stable or growing in recent years.

“I’m not impressed with the numbers here,” Christensen warned. “There’s been slight improvement, but we’re still talking about 44 to 48 bears. I’m not as enthusiastic about those numbers as you are. Maybe you can change my mind on that.”

Smith and Turner interpreted the same trend in opposite ways. Smith insisted that with fewer than 50 bears, the loss of one or two females could turn a stable population into a falling one. Turner maintained that the Fish and Wildlife Service was the agency in charge of the science, and if it said the trend was good, Smith hadn’t offered anything to prove it wasn’t.

Christensen added that both sides seemed to be avoiding “the elephant in the room” – the chance that changing the grizzly’s status might require a designation of critical habitat. Currently, the Cabinet-Yaak bears’ status doesn’t require FWS to make such a designation, which would require any other land manager to consider the bear’s needs before making any changes such as a timber sale, road construction or mine expansion.

Smith replied the critical habitat requirement would occur – if FWS got the funding to move the grizzly from its “warranted but precluded” status to actual “endangered” status. She said the whole crux of the case was the agency’s position for 20 years that the bear deserved more protection, before reversing course in 2014 and declaring it needed less.

“Even if what they say is true, they’re using the exact same facts for either conclusion,” Smith said. She called that the definition of “arbitrary and capricious.”

Turner countered that the grizzly’s original “threatened” status was made before the agency adopted a new policy mandating critical habitat designations, so that should not be an issue. He also argued that Smith was calling for a new interpretation of the science, which was the agency’s job.

Christensen did not rule on the matter after Thursday’s hearing.