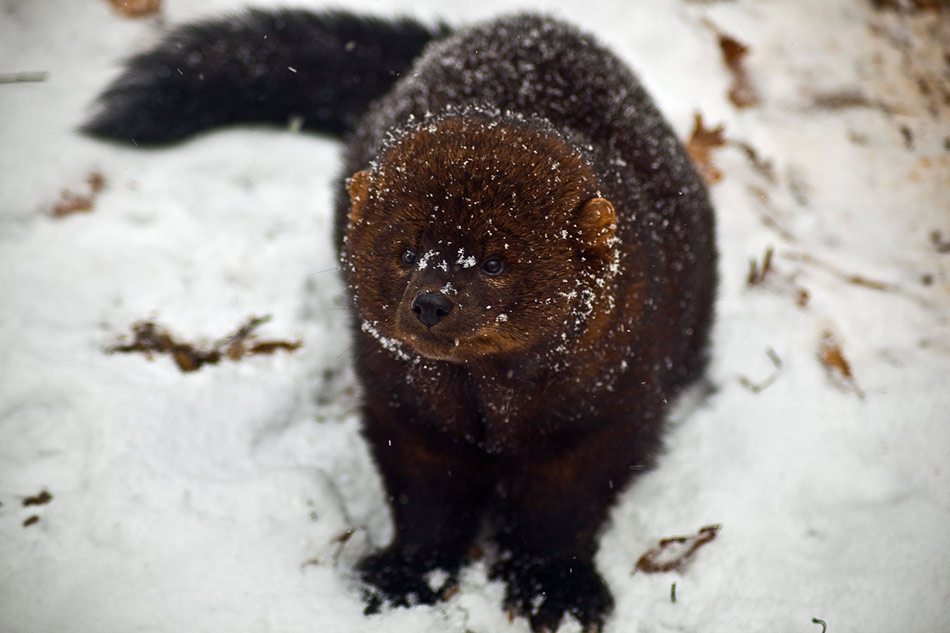 “The plans calls for 740 acres of commercial logging including clearcutting and building 3.1 miles of new logging roads,” explained Mike Garrity, Executive Director of the Alliance for the Wild Rockies. “Unfortunately, the Flathead National Forest failed to adequately consider the effects of their continued large scale logging and habitat fragmentation on the viability of fisher, a Management Indicator Species for species that require vast tracts of closed-canopied mature, unroaded, thick forest.”

“It’s easy to understand why we’re filing the suit to stop further habitat destruction when you consider that the Forest Service has been unable to find a single fisher in recent years despite using tracking and bait stations throughout the entire Southwest Crown of the Continent,” Garrity added. “That huge area includes the Swan Lake, Seeley Lake and Lincoln Ranger Districts covering thousands of acres of what used to be excellent fisher habitat before it was fragmented with a spider-web of roads and then mercilessly over-logged by Plum Creek and the Forest Service.”

“It’s high time the Flathead National Forest meet its road density standards,” said Keith Hammer, Chair of Swan View Coalition. “It’s had over twenty years to do so and we’re still left with impaired watersheds and inadequate habitat security for a wide array of wildlife species. This isn’t just about grizzly bears
“The logging plans also blatantly violate the Forest Plan protection standards for Big Game winter thermal cover. The project calls for logging areas of the forest that the Forest Plan marks as off limits to commercial logging to provide thermal cover for big game, a critical requirement in Montana’s harsh winters.”

Sara Jane Johnson, PhD., the Director of the Native Ecosystems Council and a former Gallatin National Forest wildlife biologist, explained the importance of old growth, snag retention, and the interconnectedness of species in the area. “The Forest Service wants the public to believe that forests need to be logged in order to have a healthy forest. But nothing could be further from the truth.”

“Wildlife and thick, old growth forests go together,” Johnson continued. “A forest with beetle-killed trees is a healthy forest because dead trees are an important component of naturally healthy forests. The beetles provide food for woodpeckers. Woodpeckers then drill holes in trees for their nesting cavities which are then used by many other birds that can’t drill out their own nesting holes. When the dead trees fall, they provide cover and habitat for snowshoe hares and squirrels, which in turn are eaten by pine marten, fisher, lynx, goshawks and great gray owls. The downed trees also provide important cover for elk, lynx, and grizzly bears. All these species depend on mature and old growth forests with plenty of dead trees to provide them habitat.”

“We have tried to work with the Forest Service on this project throughout its development, but the agency refuses to follow the law and the best available science,” Garrity concluded. “It’s unfortunate that we have to once again take the federal government to court to force them to follow the law. But at this point, and considering they can’t even find native fishers on the forest, we have no other choice if we want to conserve the last best habitat for the abundance of large and small native wildlife that Montanans hold dear.”