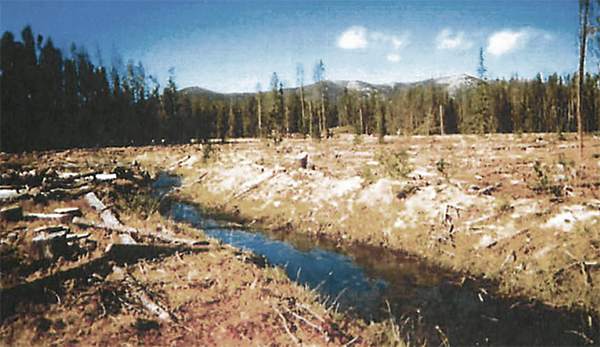 The Alliance for the Wild Rockies and Native Ecosystems Council filed a lawsuit against Leann Marten, the Regional Forester of the Forest Service in Federal District Court in Missoula, after discovering a secret logging project, named Moosehorn Ditch Timber Sale, that logged an unknown number of acres of the Beaverhead-Deerlodge National Forest near Wisdom, MT, without any public involvement or legally-required environmental analysis.

“When I happened upon this, I couldn’t believe my eyes,” Dr. Sara Jane Johnson, Director of Native Ecosystems Council explained. “I was visiting the area to monitor some aspen livestock fencing projects when I came across the massive clearcut. The area looked like it had been hit by a nuclear bomb.” 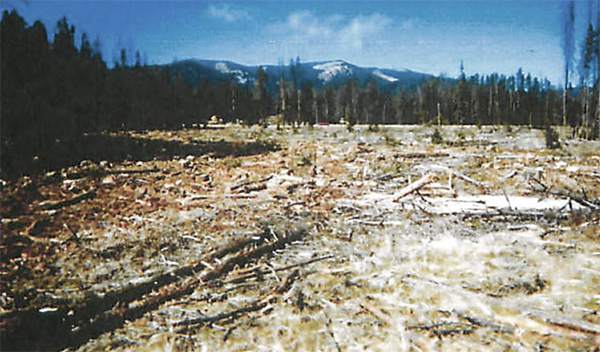 Dr. Johnson has a Ph.D. in wildlife biology from Montana State University and was a wildlife biologist for the Forest Service for 14 years. “Lynx are listed as ‘protected’ under the Endangered Species Act and the Forest Service has documented at least seven lynx sightings within 15 miles of this clearcut. Even the agency’s own studies show that logging destroys habitat for lynx,” Johnson continued. “Yet, despite clear legal requirements to consider the effects of logging projects on National Forest lands, the Forest Service arbitrarily decided to ignore the requirements of our nation’s environmental laws. The only thing they did was give this secret clearcut a name, Moosehorn Ditch Timber Sale.”

“This logging is particularly egregious because of the numerous other sensitive species that have been sighted within a 15-mile radius of the timber sale,” Johnson explained. “Goshawks and a nest, wolverines, sage grouse and a lek, Northern Rockies fishers, gray wolves, black-backed woodpeckers, pileated woodpeckers, northern bog lemmings, Brewer’s sparrows, and great gray owls have all been documented in the area.”

“The shocking thing is to see what the Forest Service will do if they think no one is watching,” Johnson concluded. “It was just pure luck that we found this illegal timber sale.”

Apparently the Forest Service got so tired of losing court cases on their timber sales that they now are pretending that our nation’s laws don’t apply to them,” added Mike Garrity, Executive Director of the Alliance for the Wild Rockies. “When we asked the Forest Service for a copy of the legally-required environmental analysis for this secret timber sale and documentation of how the public was involved, the agency responded that there was neither.”

“Fortunately for the American public, the National Environmental Policy Act, the National Forest Management Act and the Endangered Species Act are still on the books,” Garrity continued. “We are a democracy and only Congress can change laws, not federal agencies.”

“Congress passed these laws because the Forest Service was destroying our public lands by putting clearcutting ahead of preserving habitat for biodiversity, preservation of species, hunting, fishing and the clean, vital watersheds national forests provide,” Garrity concluded. “Bureaucrats can’t just pretend laws don’t exist when they get in the way of clearcutting the National Forests that belong to all Americans. In our nation everybody has to follow the law and that certainly includes the taxpayer-funded Forest Service.”