Delisting of lynx based on pending court date, not science 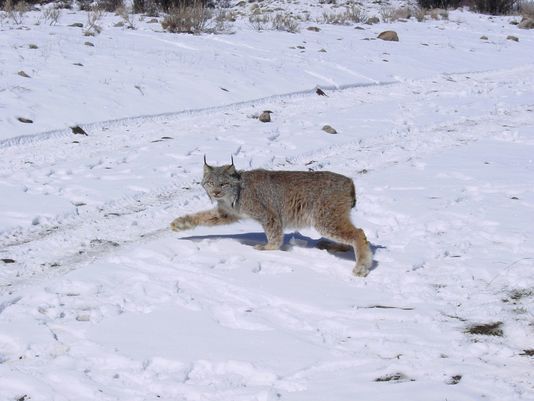 Contact Noreen Walsh and demand that Fish and Wildlife Service retract its recommendation to delist the lynx! The science, facts, and law require a recovery plan for this imperiled species, not the complete elimination of protections.

Seventeen years ago lynx trapping was outlawed due to the Endangered Species listing, but lynx numbers continued to decline because past and current logging has destroyed the dense mature and old growth forests upon which lynx rely for reproduction and survival. Lynx can no longer be found in the Gallatin Range and lynx numbers are falling in the Seeley-Swan Valley, which is the largest lynx population in Montana. Until 2010 there was also still a resident population of lynx in the Garnet Mountains northeast of Missoula. They had most likely been living there since the last Ice Age, but now they are gone as well.

What we do know is that the last estimate of the number of lynx in Montana by Dr. John Squires, a Forest Service lynx scientist, was that there were about 300 lynx in Montana. What the FWS should have done to determine whether the population has declined from historic conditions was ask Montana’s Department of Fish Wildlife and Parks, which estimated there were 700 to 1,050 lynx throughout Western Montana in 1994. This means there has certainly been a decline.

Additionally, as to habitat, the Fish and Wildlife Service’s own scientist, Megan Kosterman, found that 50 percent of each lynx home range must be mature, dense forest to provide optimal habitat for lynx to breed and raise kittens and that no more than 15 percent of each lynx home range should be clearcut. Not a single National Forest is complying with this recommendation. What is the impact of that failure on population trajectories? FWS ignores this issue.

The truth is that FWS is only arguing that lynx should be delisted because of a court deadline this week that required that FWS finally, after 17 years of delay, produce a recovery plan for lynx. Rather than produce the court-ordered recovery plan by the deadline, FWS simply filed a document arguing that lynx no longer need any protections under the Endangered Species Act, and therefore FWS does not need to produce a recovery plan. This is a transparent attempt to evade the law. We urge you to contact FWS and demand that they revoke their delisting recommendation and produce the recovery plan that the law and science require.

—Mike Garrity is the executive director of the Alliance for the Wild Rockies.