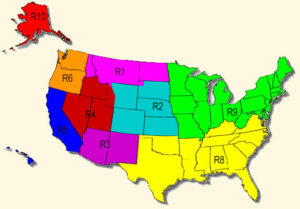 Only one out of 50 U.S. Forest Service projects to reduce wildfire risk gets challenged in court nationwide, but in the region including Montana environmental groups sue at the highest rate in the nation, a new government report says.

The U.S. Government Accountability Office found that nationwide 2 percent of fuel reduction projects drew lawsuits filed by environmentalists or other groups, allowing 99 percent of the acreage targeted to move forward. However, the rate was far higher at 8 percent in Forest Service Region 1, which covers Montana, which made it the most prone to lawsuits to stop logging, controlled burning or other efforts to reduce wildfire risk.

“The facts presented in this report are pretty indisputable: not nearly as many projects are being litigated as people are being led to believe,” said Matthew Koehler, director of the WildWest Institute in Missoula. “The process is currently working.” But Ellen Simpson, executive director of the Montana Wood Products Association, said Koehler and other groups are using national numbers to skew the facts in Montana.

“When you have four regions of the Forest Service that have no litigation, it totally tips the numbers,” she said. “We are at the top of the heap when it comes to both appeals and litigation – it’s very disingenuous to say there is no gridlock.” The report was requested by Sen. Jeff Bingaman, D-N.M., and Rep. Nick Rahall, D-W.V. It found that the Forest Service from 2006 to 2008 had 1,415 hazardous fuel projects covering 10.5 million acres, with 1,191 of those on roughly 9 million acres subject to appeal. That step must be taken before a lawsuit can be filed, the report said. About 18 percent n 217 of those decisions n were appealed and another 121 were objected to. And of the total, 29 projects involving 124,000 acres were litigated.

Region 1, which includes Montana and the Idaho Panhandle, had the most projects end up in court with 11 challenged. Three of those cases were won by the Forest Service, four won by the plaintiffs, one was settled and three cases are ongoing. Region 2, which includes central Idaho, was second with six lawsuits, of which the Forest Service won four and the plaintiffs none, while one was settled and one is still in court.

Montana environmental groups filed more lawsuits than any other in the country.

The Alliance for the Wild Rockies was the most frequent litigant in the nation, with nine lawsuits against Forest Service projects filed in the three-year span. It was followed by WildWest Institute and Native Ecosystems Council, each of which had filed seven lawsuits in that timeframe. The three groups often challenge projects together.

The alliance was also the top group in the nation to file appeals with 42, followed by WildWest with 35.

Mike Garrity, alliance executive director, said his group goes to court as much as it does because there Montana and Idaho have the most roadless lands in the nation that need protection.

“There’s still a lot left to fight over here n all the species that were here when Europeans arrived are still here,” he said. “We have the best hunting and fishing in the country as well, in a lot of other places it’s not as controversial to do these projects because they’ve already wiped out all the native wildlife.” The issue of lawsuits has been mentioned often by U.S. Sen. Jon Tester, D-Mont., as he plugs his Forest Jobs and Recreation Act. The bill would designate more than 600,000 acres of wilderness while mandating that 10,000 acres a year be logged annually for a decade on three Montana national forests.

Garrity, whose group is strongly against the bill, said despite the report’s findings, Tester and bill advocates keep claiming lawsuits are abundant and don’t want people challenging projects.

“Sen. Tester wants us to just let Big Brother tell us what to do with no questions asked,” he said. “People in Montana don’t like that.” But Ed Regan, owner of RY Timber in Townsend, said the Basin Creek project south of Butte illustrates that lawsuits do stifle logging meant to reduce fire risk. The Forest Service, with the help of Butte-Silver Bow legal help, won the lawsuit filed by the three groups, yet after the delays they lost nearly one third of the timber because it had further desecrated from beetles.

“They have the same effect when they delay the project,” he said. “They’re just bent on not seeing any commercial logging done.”