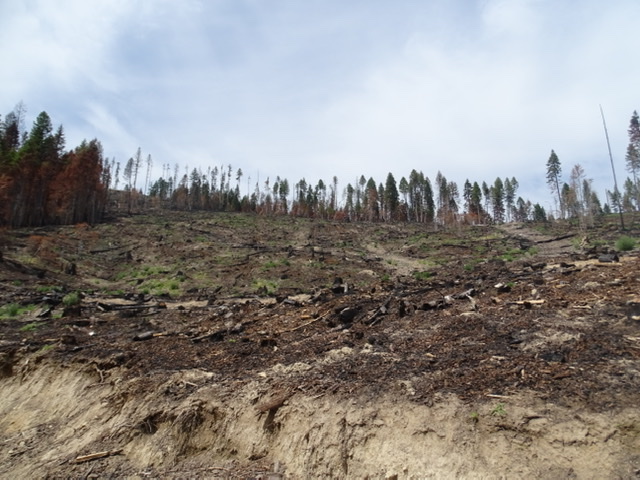 In the middle of yet another big wildfire seasons, some reporters finally listened to fire scientists when they quoted people like Dr. Higuera, an associate professor of fire ecology at the University of Montana, stating that climate change is resulting in making big wildfire seasons the new normal.

For 30 years economists have been also telling the public and reporters that the Forest Service loses money logging our national forests and that it is nothing more than welfare for the timber industry.

But some reporters still mistakenly write that commercial logging makes money for the Forest Service. It doesn’t — and this is an important issue because citizens need to know that politicians are actually sacrificing the public’s national forest resources as well as billions of federal tax dollars to enable the private profit of the timber industry.

The hard facts: Commercial logging does not pay for itself

A quick look at the Forest Service’s analysis of recent timber sales in Region One – which includes Montana and northern Idaho — shows the actual costs.

Adding to these losses are significant “externalized” costs to the public that the Forest Service does not count such as pre-commercial thinning of forests that will later be clearcut; fruitless attempts to keep sediment from newly-bulldozed logging roads and clearcuts out of streams; and the equally futile attempt to stop new noxious weed infestations brought in on bulldozers, trucks, and other logging equipment.

Not only does national forest commercial logging lose money, it increases the threat of big wildfires. Dr. Higuera noted: “However, research studies have shown logged areas and young forest plantation projects have little beneficial effect on wildfire spread and can actually aggravate fire growth in some cases.”

In the largest wildfire analysis ever done, in 2016 scientists found that forests with the most logging and the fewest environmental protections actually had the highest levels of fire intensity. Why? Because logging opens up the forest allowing more sunlight and wind which dries out forests and makes them more flammable.