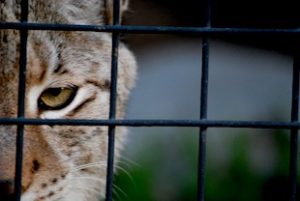 Montana Fish, Wildlife and Parks expects to make a decision on a proposed commercial fur farm north of western Montana’s Stevensville next month.

Lee said there are 15 licensed fur farms in Montana. Most raise furbearers for fur production. He said a fur farm license is required for those who are going to sell animals live or pelts.

Gerald and Deborah Roe are applying for a license to operate a commercial farm 10 miles north of Stevensville for the purpose of raising and selling bobcat and lynx and bobcat kittens to the public, according to the environmental assessment.

Deborah Roe told the Tribune on Wednesday that they are not planning to raise bobcats and lynx for fur. She said they applied for the fur farm license because there is no requirement in Montana for a person to own a pet lynx or bobcat and they wanted to be licensed so they applied for a fur farm license. The couple owns six animals. They say they may breed the cats in the future and have a 14-by-60-by 10 enclosure with rectangular pens.

In its comments on the proposal, the Alliance for the Wild Rockies raised several concerns including the possibility of captive lynx escaping and transmitting disease to wild lynx or contaminating the wild gene pool. Wild lynx are listed as an threatened species.

“That’s what the public comment period is for, for any person or agency to put in their comments,” Lee said.