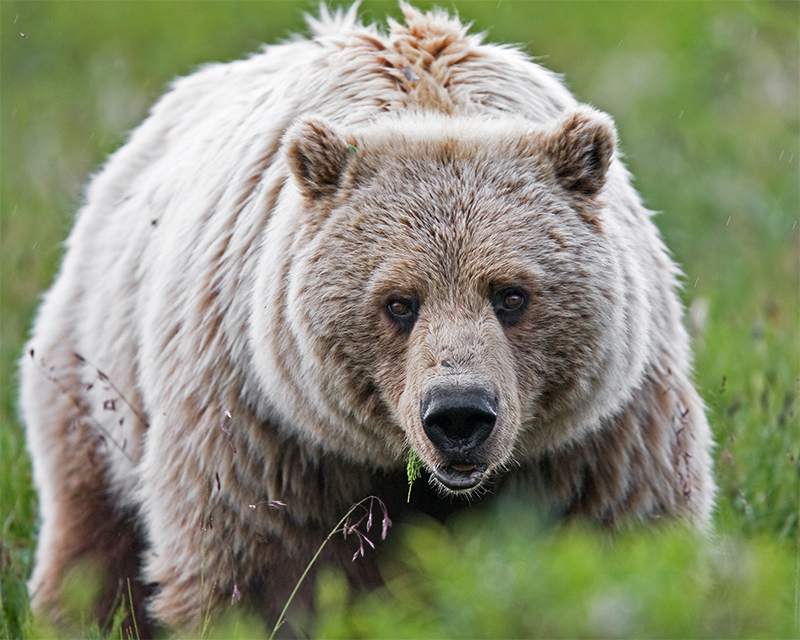 MISSOULA, Mont. (CN) – An isolated remnant of America’s top predator, the grizzly bear, still survives in northwest Montana, but faces extinction because the secretary of the interior kowtows to logging companies and refuses to give it endangered status, environmentalists say in court.

The signature predator of the Wild West, Ursus arctos horribilis, once roamed from the Great Plains to the California and Pacific Northwest coasts, south to Texas and Mexico. But 98 percent of the more than 50,000 grizzlies were “shot, poisoned and trapped wherever they were found” during the Anglos’ westward expansion, so that by the early 1900s, fewer than 1,000 remained in the Lower 48.

“(H)umans reduced the range of the grizzly bear to less than 2 percent of its former range south of Canada, limiting the bear to a few isolated populations in mountainous regions, wilderness areas, and National Parks in Montana, Idaho, Wyoming, and Washington,” the Alliance for the Wild Rockies says in its Feb. 9 federal lawsuit.

“One of these remnant and isolated grizzly bear populations is found in the Cabinet-Yaak Ecosystem of northwestern Montana and northern Idaho. The Cabinet-Yaak landscape alternates from rugged, alpine glaciated peaks, to dense coniferous forests, to lush meadows and riparian areas along the meandering Yaak River.”

The Lewis and Clark Expedition gave the bear its name, grizzly, for the color of its fur: brown with gold and gray tips. A mature male grizzly bear can grow to 7 feet long and 800 lbs. However, huge grizzlies have been recorded, including one that stood more than 9 feet tall on its hind legs and weighed 1,500 lbs.

Grizzly bears have one of the slowest reproduction rates of any North American mammal, due to late age at first reproduction, small litter size, and long intervals between litters. The number of Cabinet-Yaak grizzlies has dropped from 47 bears in 2007 to 41 bears in 2014, the Alliance says in its complaint.

Yet the secretary of the interior and the U.S. Fish and Wildlife Service refuse to uplist them from threatened to endangered or designate critical habitat they need to survive, despite 20 years of evidence for it, the environmentalists say.

They claim the secretary of the interior kowtows to logging interests, which are damaging the bears’ habitat to the point that the remnant group “teeters on the brink of extinction.”

“The FWS has never designated critical habitat for the Cabinet-Yaak bear,” the complaint states.

That would be a problem for big business, the Alliance, citing the defendants’ own 1993 Grizzly Bear Recovery Plan, which identifies “roading” and “logging” as “competitive uses of habitat.”

“The science and the law says grizzlies should be uplisted,” Alliance executive director Mike Garrity told Courthouse News. “The government seems to be favoring logging over grizzly bears.”

Conservationists filed a lawsuit challenging the agency’s 20-year delay in uplisting the bear in 2014. Fish and Wildlife responded by determining that uplisting is no longer warranted.

“We previously determined that grizzly bears in the Cabinet-Yaak ecosystem warranted a change to endangered status,” Fish and Wildlife said in a Dec. 5, 2015 statement. “However, for several years, this population’s status has been improving. The population trend has now changed from declining to stable. The U.S. Forest Service has established regulatory mechanisms for motorized access management and attractant storage, and researchers have documented some movement between the Cabinet-Yaak and other populations in Canada. Together, these improvements have reduced the threats to this population.”

Garrity said he isn’t buying it.

“The agency’s cursory one-paragraph decision that the imperiled Cabinet-Yaak grizzly bear no longer qualifies as ‘endangered’ fails to cite a single scientific paper or other source of evidence to support its conclusory rationale,” he said in a statement.

“But in sharp contrast to the agency’s public statements, internal agency documents obtained through a Freedom of Information Act request by the Alliance found that the agency had no intention to issue a ‘not warranted’ decision and, in fact, found the isolated and small population and excessive human-caused mortalities continued to warrant uplisting to ‘endangered’ status. Once we filed our lawsuit, however, the agency issued the ‘not warranted’ determination as a strategy to render our lawsuit as moot.”

The Alliance asks the court to reverse and remand the determination, and to award attorneys’ fees under the Equal Access to Justice Act.

A U.S. Fish and Wildlife spokesman did not return a phone message on Thursday.