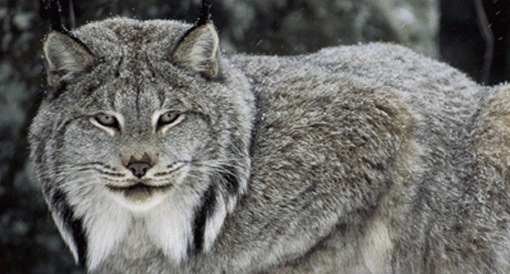 What would you do if you caught Trump’s Forest Service trying to slip through huge clearcuts and bulldozing roads into an already over-cut area? How about if the Forest Service then denied the potential presence of endangered species the agency is supposed to be keeping from extinction, lied about the existence of a wild and scenic river in the area, and ignored passionate pleas from long-time local citizens to save a few trees for a dwindling elk herd?

It took some digging to expose the many serious problems with the Brebner Flat Project in Idaho’s Panhandle, but our ace attorney smoked out the truth and gave the agency 60 days to correct its egregious errors. But it did not. Faced with yet another forest-ravaging timber sale by the Trump administration, the Alliance for the Wild Rockies and Friends of the Clearwater did just what they’re supposed to do – which is sue the rascals in federal court to save grizzly bears, Canada Lynx, and Bull Trout – all of which are on the Endangered Species List.

The Brebner Flats project calls for 1,719 acres of logging — including 1,109 acres of clearcuts, bulldozing in more than six miles of new logging roads, and legitimizing 1.36 miles of illegally-created roads in the Idaho Panhandle National Forest on the south side of the St. Joe Wild and Scenic River Corridor.

The Forest Service refused to analyze the impact of the logging project on grizzly bears, claiming that “there is no evidence or reason to suspect that grizzly bears are present” in the area. This statement flatly contradicts recent grizzly bear presence documented by the U.S. Fish and Wildlife Service and the Idaho Department of Fish and Game, who found multiple grizzly bears have traveled through the vicinity of the project area and last year a grizzly bear den was confirmed a mere 12 miles south of the area. Even Idaho’s 2020 hunting regulations caution that “grizzly bears may be encountered” In Elk Management Zone 7, which is where the project is located.

Since grizzly bears are listed as ‘threatened’ under the Endangered Species Act and the best available science indicates that grizzly bears may be present in the project area, the Forest Service is legally required to consult with the Fish and Wildlife Service on the effects of the project on grizzlies, which it has not done.  Clearcuts and roads are known to harm grizzly bears by increasing human access and providing greater sight distances to facilitate poaching grizzlies.  Yet Trump’s Forest Service claims there will be no effect on grizzly bears, based on its refusal to admit that grizzlies are now regularly traveling through northcentral Idaho and even denning there.

Likewise, even though the Fish & Wildlife Service’s species list for the project indicates that lynx may be present in the project area, the Forest Service ignored its legal mandate to consult on the project’s impacts to lynx. This violation is significant because it is well established that clearcutting negatively affects lynx.

Bull trout, like lynx and grizzlies, are on the Endangered Species List for good reasons. Chief among those is the loss of the habitat they require to exist, namely, very cold, clean and connected waterways. Yet the Forest Service failed to analyze the effects of the project on the St. Joe Wild and Scenic River corridor, which is occupied by bull trout, even though clearcutting and bulldozing new logging roads will put tons of sediment into rivers.

According to the September 2018 draft Environmental Assessment, which was not made publicly available: “The hydrology report states that there could be a negative cumulative effect to the stability of Kelley, Siwash and Blue Grouse Creeks. Aquatic habitat has the potential to be negatively affected due to the negative changes to the stream channel. The cumulative effects from the proposed action ‘may affect’ the bull trout population due to the potential for sediment generated in Kelley, Siwash, Theirault and Williams to reach the St. Joe River.” The St. Joe River is a federally-designated Wild and Scenic River as well as Critical Habitat for bull trout. Yet the Forest Service ignored that there was a Wild and Scenic River Corridor in the project area, violating both the Wild and Scenic Rivers Act and the National Environmental Policy Act to the detriment of bull trout recovery efforts.

The Forest Service also failed to adequately analyze the effects of the proposed clearcutting and bulldozing new logging roads on the declining elk herd in the area, despite studies by wildlife biologists documenting that elk avoid roads because they associate them with hunters and they need hiding over, not more clearcuts.

This particular area has already been so heavily clearcut that local residents opposed the logging project, despite their support for logging in general. As one local wrote: “I’ve hunted up Kelly Creek and the Siwash Peak area every year since 1962. At that time, it was basically a roadless unlogged forest. However, year after year this is what I saw. The elk who were using the land prior the logging might return, but hunters were sitting on these clear cuts and any elk that showed up were shot. I strongly disagree with USFS putting new over 40-acre clear cuts and eliminating the elk security areas.”

Another local resident wrote: “Our family has been hunting and camping in the Kelly Creek/Siwash Peak area for over 50 years. It once was a beautiful area with a thriving elk population. These trails have all been destroyed by clear cut logging as have all the major game trails which were landmarks unto themselves. Why would the Forest Service suggest modifying the Forest Plan to further log 2,000 acres, destroy 300 additional acres of elk habitat and add 17 more clearcuts when the area is already insufficient to restore the herds. And on top of that, intentionally change the regulations to allow you to accomplish such a detrimental plan. Your proposal suggests leaving buffer areas for elk habitat, but what you are doing is taking away the only buffer areas that currently exist.”

These local residents even submitted a map showing existing clearcuts and the proposed new logging.

The map speaks for itself and is shocking. Yet the Forest Service did not disclose or address this map or the concerns of longtime local residents to the public in the Wildlife Report, Environmental Analysis, or Decision document.

In consideration of the clearcutting of dwindling forests, the road-building impacts on endangered species, and the lack of honest scientifically-based analysis, we have little choice but to once again take the Trump administration to court and force it to comply with the law.  If you want to join in this battle for our future and our forests, please contact the Alliance for the Wild Rockies and Friends of the Clearwater, we’d love your help!

Gary Macfarlane is the President of the Alliance for the Wild Rockies and Ecosystem Defense Director for Friends of the Clearwater.