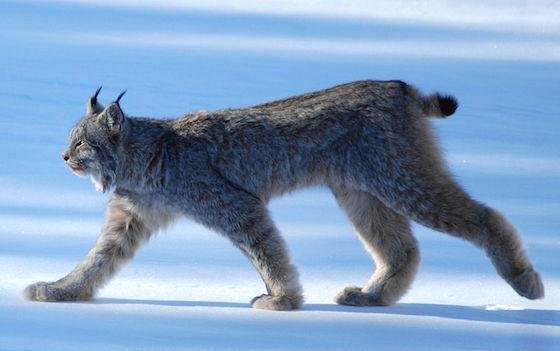 The national Sierra Club, Colorado-based Rocky Mountain Wild, Montana-based Alliance for the Wild Rockies and Montana-based Native Ecosystems Council filed suit challenging omissions the service made, including linkage between core habitat and swaths of the southern Rockies in Colorado and New Mexico. Critical habitat identifies geographic areas important to the conservation of a listed species and which may require special management considerations or protection.

This lawsuit comes after a 2010 federal court ruling in which conservation groups successfully sued the service over critical lynx habitat. The ruling forced the agency to perform additional analysis, which it released as its latest designation last September.

Huber pointed to several national forests in Montana and Idaho as in need of protection, as well as the need for linkage between Wyoming’s designated habitat in the northwestern part of the state, and introduced populations across Colorado in the Southern Rocky Mountains.

“We think that for the real survival and recovery, lynx need this vast area connected so various populations can disperse,” he said.

The Colorado and other southern populations, introduced between 1999 and 2006, were not included in the critical habitat designation. The service said in September it would not include areas void of lynx at the time of listing as threatened under the Endangered Species Act in 2000.

Lynx populations are unknown in the lower 48 states, but are historically lower than those in Alaska and Canada and remain small, according to USFWS literature. Naturally occurring populations in the Rockies are tied to Canadian populations, dependent on immigration for genetic exchange.

Well known for their ability to thrive in deep snow, lynx feed almost exclusively on snowshoe hares and populations of the two species are closely tied, the USFWS literature said.

Executive director for the alliance Mike Garrity pointed to several specific areas in Montana and Idaho the groups believed are in need of designation. USFWS has ignored current science about lynx habitat, populations and habits, he said.

“Scientists have said we need a connection from Canada to keep the species healthy,” he said, adding that the Continental Divide plays a major role as a lynx corridor between populations throughout the Rockies.

Several areas in Montana, such as MacDonald Pass, the Ten Mile watershed, Telegraph Creek west of Helena and the Beaverhead-Deelodge National Forest, have documented lynx activity but no designation, Garrity said. The Big Belts also provide a potential corridor, he said.

A linkage is also needed between the Frank Church Wilderness in central Idaho and core populations, Garrity said.

Chief of public affairs for USFWS, Gavin Shire, said it would not comment on matters under litigation.

At the time of critical habitat designation, USFWS said that areas naturally occupied by lynx at the time of listing were sufficient to ensure the survival of the species.

“The Endangered Species Act gives the threatened Canada lynx a real shot at recovery in its high-elevation habitat in the northern United States,” said Noreen Walsh, the service’s regional director for the Mountain Prairie Region in a September news release. “Our final rule provides the lynx — one of only seven wild cat species in the nation — with what it needs to persist and thrive for future generations of Americans.”