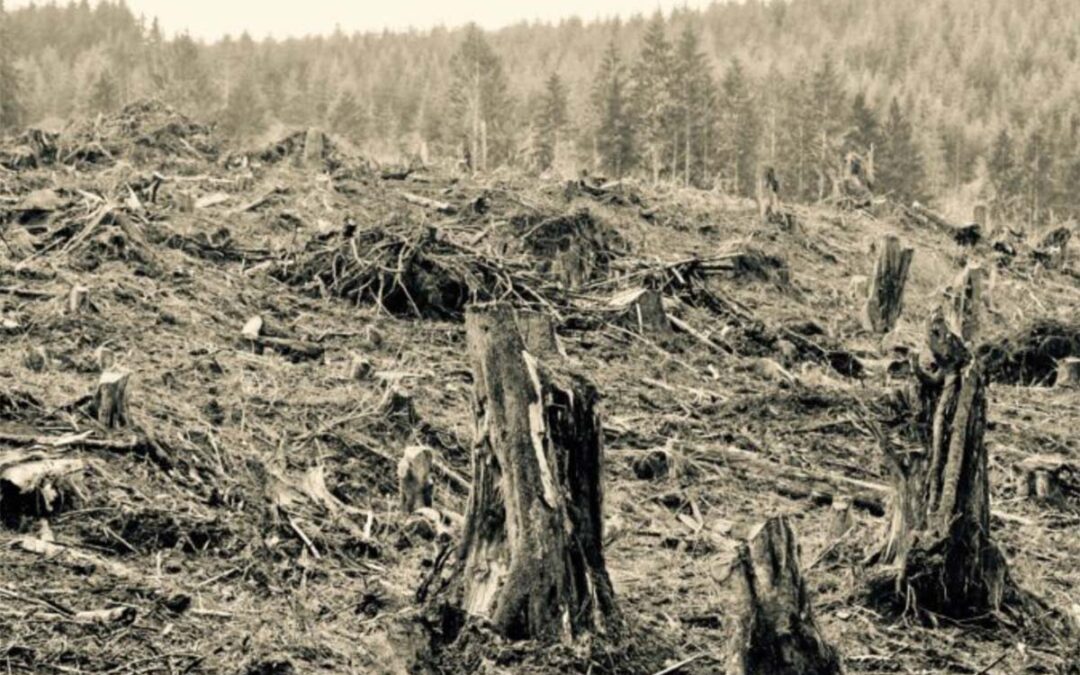 In so many ways the future hangs in the balance as Congress debates the $3.5 trillion budget reconciliation bill and $1 trillion infrastructure bill. Although encouraging the use of more electric vehicles and increasing solar and wind energy will definitely reduce the amount of carbon we emit into the atmosphere, there are also huge problems that will, in fact, make the earth hotter.

The budget reconciliation bill adds an astonishing $16 billion dollars to the Forest Service’s current budget, most of which would go for logging – removing nature’s best, cheapest and most effective mechanism for filtering carbon dioxide from the atmosphere. This ignores that the Forest Service already has a billion dollars in its existing budget to subsidize commercial logging. The infrastructure bill not only gives the Forest Service an additional $3 billion, it mandates logging 30 million acres of national forests over the next 15 years – an area larger than the entire state of Pennsylvania! Even worse, it also exempts many new logging projects and oil and gas pipeline expansion over public lands from environmental analysis, public review and comment, and the ability for citizens – who own these lands – to legally object to the projects.

Contrary to the myth held by many politicians, logging doesn’t stop large wildfires – it actually increases the threat. In 2016 the largest wildfire analysis ever done found that forests with the most logging and the fewest environmental protections actually had the highest levels of fire intensity. Why? Because logging opens up the forest allowing more sunlight and wind which dries out forests and makes them more flammable. Dense, mature forests burn less intensely than those that have been logged because they have higher canopy cover and more shade, which creates a cooler, more moist forest. The biggest fires in the West this year were in heavily logged “managed” forests.

Logging does not fireproof a forest or make it more resilient to wildfire. As Dr. Philip Higuera, associate professor of fire ecology at the University of Montana noted: “Studies have shown logged areas and young forest plantation projects have little beneficial effect on wildfire spread and can actually aggravate fire growth in some cases.”

We can Fireproof Homes

Instead of spending more money logging, Congress should concentrate on helping people who live in forested environments to fireproof their homes from the threat of wildfire. Having non-flammable roofs and decks and reducing most vegetation next to homes has proven to be far more effective against wildfires than logging done miles from the nearest structures.

Logging in the U.S. currently emits at least 723 million metric tons of CO2 annually, which is over 14% of total U.S. greenhouse gas emissions, and is more than the commercial and residential sectors combined. The logging industry is the number one source of greenhouse gas emissions in Oregon. Clearcutting more forests to combat global warming is like saying we need to burn more coal to fight climate change. The Infrastructure and Reconciliation bills, if passed in their current form, would increase annual CO2 emissions from logging by 48%, pushing emissions from logging well over 1 gigaton per year.

In order to reduce global warming we need to quit burning fossil fuels, but we also need to focus on reforestation – not more deforestation – because the atmosphere is already over-loaded with carbon dioxide. Forests pull that excess carbon dioxide from the atmosphere. As Secretary of Agriculture Vilsack recently said: “Our forests and grasslands are one of our nation’s greatest treasures and one of the most effective natural carbon captures that exist to help combat the effects of climate change.”

Preserving our forests is not, however, the priority in the infrastructure or budget bills. National Forests absorb an astounding 12 percent of the carbon that America creates for free. It’s proven that unlogged and old-growth forests absorb the most carbon, which now exist only in wilderness areas where they’re protected from logging.

How you can Help

Please contact your members of Congress and ask them to strip the billions in logging/”fuels reduction” subsidies from Budget Reconciliation and the Infrastructure bills. If we’re going to seriously address climate change, protecting our unlogged forests as carbon sinks is by far the least cost, most effective method to pull carbon dioxide from our overloaded atmosphere.