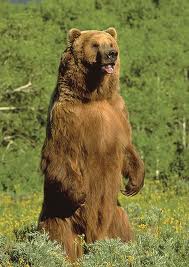 HELENA — A federal judge has blocked a logging project in the Kootenai National Forest over concerns that roads built for the project may harm a threatened population of grizzly bears.

In approving the 36,600-acre Pilgrim project, the U.S. Forest Service called for installing gates on some of the planned roads that would allow future access.

U.S. District Judge Dana Christensen ruled Monday the forest’s management plan requires officials to permanently close the roads once the logging project is completed, or else close other roads in the area.

Christensen blocked the project until the Forest Service comes up with a plan for no net increase in road miles.

The area is adjacent to the struggling Cabinet-Yaak grizzly population.

The Alliance for the Wild Rockies sued the Forest Service over the project last year.