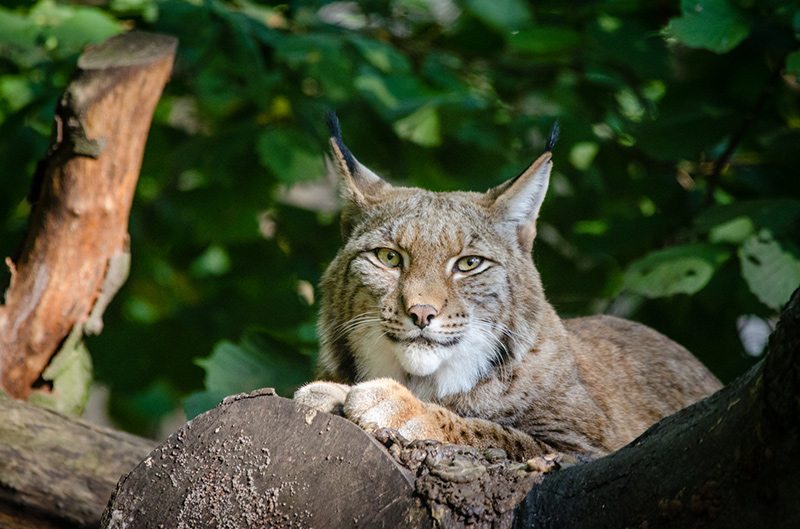 Calling it “one of the worst logging projects in decades,” Mike Garrity, Executive Director for the Alliance for the Wild Rockies announced today that the Ninth Circuit Court of Appeals has granted its request for an injunction halting a massive clearcut and logging project affecting tens of thousands of acres of national forest and five major tributaries to the Kootenai River and Lake Koocanusa.

A lawsuit was filed by the Alliance for the Wild Rockies in federal court in May 2015 challenging the U.S. Forest Service’s decision to authorize a large logging, burning, and road-building project in habitat for threatened lynx, bull trout, and grizzly bears in the Kootenai National Forest in northwest Montana. Federal District Court Judge Christensen ruled the logging could go forward in July and the Alliance immediately appealed resulting in the injunction today to halt the project based on the Court’s finding that the Alliance is likely to succeed on the merits of its appeal.

“The Forest Service’s plans to clearcut lynx critical habitat were in direct violation of a binding Ninth Circuit precedent on this issue, so we are pleased but not surprised that the appellate court stopped this massive timber sale,” said Garrity.

“The East Reservoir Project area is huge,” Garrity continued. “But there are already over 22,000 acres of clearcuts within its boundaries. Add to that the 8,845 acres of proposed commercial logging, of which 3,458 acres will be new clearcuts, and the additional impacts to this already heavily-logged area are simply unacceptable.

“Additionally, the timber sale is a huge money-loser which, by the Forest Service’s own estimate, will cost taxpayers $2,589,535 to subsidize further degradation of an already-degraded landscape,” Garrity explained. “Much of that cost will be to rebuild and maintain an astounding 175 miles of logging roads, construct nine miles of new permanent logging roads, allow an additional 13 miles of illegal, user-created roads to be added to the legal road system, and open nine miles of previously closed motorized trails. When all the existing science shows more roads directly lead to more grizzly bear deaths and more sedimentation of bull trout spawning streams this project simply ignored the legal mandate for the Forest Service to maintain existing species of fish and wildlife when conducting timber sales.”

“That the Forest Service could possibly even consider such a massive logging project in an area in which only one percent of the remaining old growth exists in small, isolated stands defies law and logic,” Garrity continued. “For old-growth dependent wildlife such as lynx, this project is basically a death sentence to a species that is already in severe decline due to road-building and logging. That the Forest Service allows this timber sale to log federally-designated lynx critical habitat isn’t just sloppy work, it’s inexcusable and illegal.”

Garrity said his group has been involved with the project since it was first proposed and throughout the planning and Environmental Impact Statement processes. “The Alliance raised all the objections long before notifying the Forest Service and U.S. Fish and Wildlife Service that it planned to take the agencies to court to halt the project,” Garrity continued. “Our point was simple: The agencies had to change the project to comply with federal laws including the National Environmental Policy Act, the Endangered Species Act, the National Forest Management Act, and the Administrative Policy Act.”

“As most Montanans know, there is incredible political pressure to ‘get out the cut’ on National Forests,” Garrity explained. “But the bottom line is that federal laws require retention of functioning ecosystems and maintaining the diverse wildlife and fisheries that rely on healthy forests – not just treating our publicly-owned forests as commercial logging lots to benefit a single industry’s profit margin. In this instance, the agencies have simply side-stepped those requirements, as well as the Endangered Species Act, by judging their own actions to have ‘no adverse impacts’ despite the massive scale of this project in bull trout, grizzly bear, and lynx habitat, all of which are threatened species.”

“What’s astounding is that so-called conservation groups are among those who intervened in the lawsuit to support these massive new clearcuts and were represented by none other than the industry’s American Forest Resource Council” Garrity said. “Montanans should know that the Montana Wilderness Association, the Yaak Valley Forest Council, Lincoln County, The Lands Council, Troy Snowmobile Club, Cabinet Resource Group, F.H. Stoltze Land and Lumber Company, Idaho Forest Group, and the Troy School District all think logging is more important than restoring this already over-logged area and recovering the lynx, grizzly bears, and bull trout as required by the Endangered Species Act.”

“The Alliance for the Wild Rockies exists as a watchdog organization that concentrates on activities occurring on our National Forests, which are owned by all Americans and exist not simply to supply local timber mills, Garrity concluded. “When faced with federal agencies literally exempting themselves from the law with the blessing of collaborator groups, we have no recourse but to challenge those decisions in federal court. That is exactly what we did on the East Reservoir Project to protect our irreplaceable forests and wildlife resources for present and future generations.”