Seattle – The Ninth Circuit Court of Appeals ruled in favor of three conservation groups yesterday in their lawsuit against the Beaverhead-Deerlodge National Forest Antelope Basin/Elk Lake Allotment Management Plan (AMP). An AMP is a document which prescribes the manner and extent to which livestock operations will take place. The Antelope Basin/Elk Lake project area in the Beaverhead-Deerlodge National Forest (BDNF) in Southwest Montana is approximately 48,000 acres and forms the southeast portion of the Gravelly Mountain Range and is approximately 20 miles west of Yellowstone National Park.

The Court, which ruled in favor of Native Ecosystems Council, the Alliance for the Wild Rockies and Wildwest Institute, found that the Forest Service violated the National Forest Management Act and the National Environmental Policy Act.

The ruling stated: “There is simply no basis to evaluate the Forest Service’s assertion that the sagebrush habitat is sufficient to sustain viable sage grouse populations when sage grouse cannot be found in the project area.”

The Forest Service project proposed updating the management plan for eleven grazing allotments in the project area. The updated plans would determine where livestock can graze, when grazing would occur and what specific guidelines would be established to regulate the intensity of grazing.

Michael Garrity, Executive Director of the Alliance for the Wild Rockies, said the Beaverhead-Deerlodge Forest Plan “designated the sage grouse as the management indicator species for sagebrush communities and requires monitoring the sage grouse to measure the effect management activities have on wildlife habitats to ensure that viable populations of existing native species are maintained.”

Garrity, added: “The Forest Service has driven out all of the sage grouse by spraying 5865 acres with herbicides and intentionally burning 43,000 acres of the Antelope Basin Project area so cattle would have more grass and then tried to say that they were protecting the area for sage grouse — even though they couldn’t find any sage grouse.”

“The sage grouse is entirely dependent on sagebrush ecosystems,” explained Dr. Sara Johnson, a former wildlife biologist for the Gallatin National Forest and Director of Native Ecosystems Council. “The sage grouse population in southwestern Montana has been in a downward spiral for decades now because of grazing management. Of the two sage grouse leks in Antelope Basin, one is no longer active, and the other is barely active,” Dr. Johnson pointed out. “Approximately 21,000 acres (40% of the project area) are considered to have potential sage grouse habitat.”

“The Antelope Basin Project Area lies within an area that historically was occupied sage grouse habitat,” Dr. Johnson noted, explaining that these native, chicken-sized birds “are highly dependent” upon dense sagebrush habitat for nesting, and moderately-dense sagebrush habitat and forbs for brood-rearing habitat.

“The Forest Service has driven out the sage grouse by allowing over-grazing by cattle and prescribed burning and herbicide spraying of sagebrush in the Antelope Basin Project Area,” according to Dr. Johnson, and “the agency simply refuses to examine the impacts of sagebrush eradication on any of the other wildlife that the sage grouse is supposed to represent.”

“Sagebrush habitats have been called the ‘Mother of All Habitats’ by agency experts,” Dr. Johnson said. “And have been identified by the agency’s Pacific Northwest Research Station as a habitat that is in jeopardy in the western United States.” 57 species of mammals and 121 species of birds use sagebrush ecosystems on the Beaverhead-Deerlodge National Forest. Loss of sagebrush habitat is due mainly to intentional burning, a loss which can be permanent when native sagebrush is replaced with noxious, invasive weeds.

“This Project continued to give cattle a preference over a native species in decline,” explained Dr. Johnson. “Which is why we went to court on behalf of the sage grouse – and the Court agreed with us.” 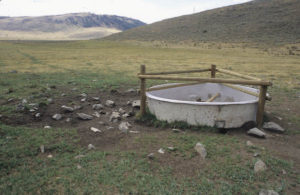 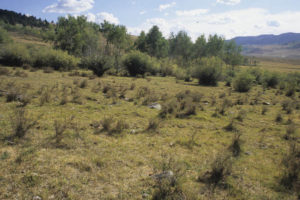 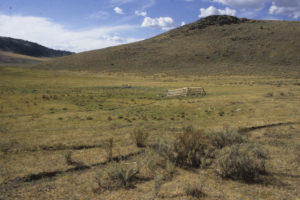 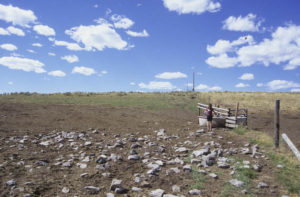