Roads Closed: a Big Win for Grizzlies in the Northern Rockies 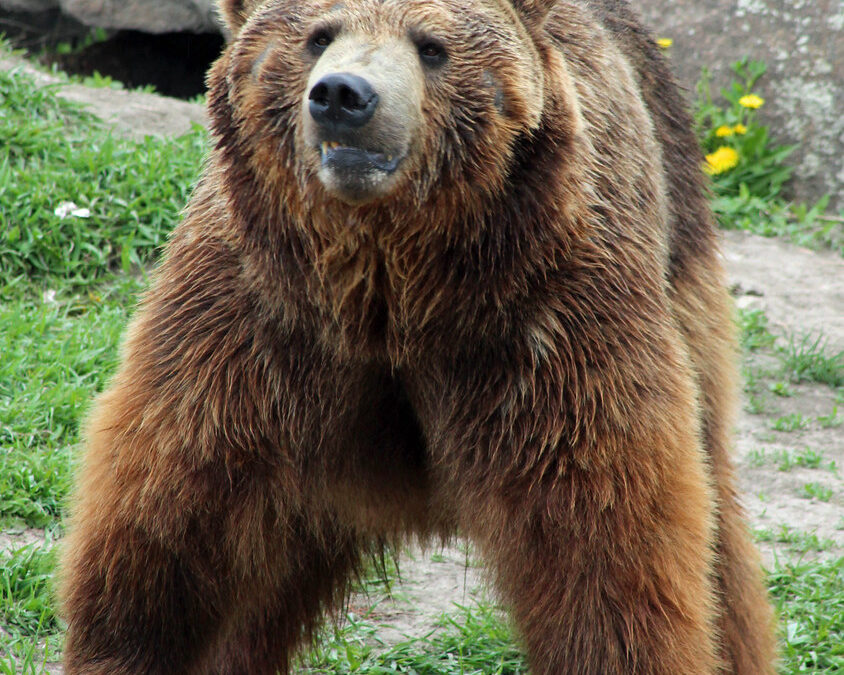 You can read this post on Counter Punch here:
https://www.counterpunch.org/2020/06/10/roads-closed-a-big-win-for-grizzlies-in-the-northern-rockies/

When the Forest Service classifies a road in our national forests as “closed” to protect endangered species like grizzly bears or provide secure habitat for elk, the public assumes the road is effectively closed to motorized use.  Unfortunately, that is not the case. Despite the fact that the agency considers placing a berm of dirt on an existing road as a barricade to all motorized traffic, research, backed up by photographic evidence, proved that people simply drive over and around the berms, rendering the “closures” anything but closed.

When the Alliance for the Wild Rockies challenged the non-functional road closures in grizzly bear habitat in the Cabinet-Yaak and Selkirk ecosystems in northwest Montana and the Idaho Panhandle in federal court last October, we won our case by showing that people were not only driving on supposedly barricaded roads but also on illegal, user-created roads.  The Forest Service initially appealed the ruling, but recently dropped its appeal – which is no surprise considering the Court’s Summary Judgment Order clearly stated: “The record shows chronic deviations from the effective closures envisioned in the Biological Opinion.”

The U.S. Fish and Wildlife Service’s 1993 Grizzly Bear Recovery Plan cautioned that “roads probably pose the most imminent threat to grizzly habitat today.”  Why?  Because roads bring humans into areas where grizzlies live and increase the potential for human-grizzly conflicts that often result in dead bears.

Roads also provide greater sight distances, making it easier for those who would illegally poach a bear.  Sow grizzlies understand the danger of roads and they teach their cubs to avoid them.  But since roads are often in the best feeding habitat  — lush green areas along streams and rivers — the displaced bears often end up in sub-optimal habitat, leading to stress, malnourishment, and reduced reproductive success.

The harm posed to grizzlies from roads has been known for decades, which is why the Forest Service implemented road restrictions in the Cabinet-Yaak and Selkirk grizzly habitat.  In this particular court case, the Alliance focused on the plight of the grizzlies in the Cabinet-Yaak region where grizzlies are not even close to reaching recovery goals. The federal court found that “the continued uncertainty as to the scope of illegal use weighs in favor of Alliance” and ordered the Forest Service to re-consult with the Fish and Wildlife Service and issue a Supplemental Environmental Impact Statement.

Simply put, the Alliance forced the Trump administration to concede defeat and now, if the Forest Service classifies a road as “closed” it must effectively be closed.  This is best accomplished by  obliterating the roadbed and returning the landscape to its natural slope and, thanks to the court ruling, must now happen before the Forest Service builds more logging roads in occupied Selkirk and Cabinet-Yaak grizzly bear habitat.

The Forest Service and the Fish and Wildlife Service aren’t doing their legally-mandated jobs to recover grizzlies in the Cabinet-Yaak and Selkirk as required by the Endangered Species Act and the excessive number of roads is a big factor.  Despite decades of supposed recovery efforts, there are only about half the number of grizzly bears considered necessary to prevent inbreeding and ensure a sustainable population.

Extinction is forever, which makes the value of these endangered species incalculable and the efforts to recover them absolutely essential.  As long as the federal agencies refuse to do their job, we will continue to do our job – which is to force the government to take the legally-required actions, including effective road closures, to recover grizzlies and other endangered species.