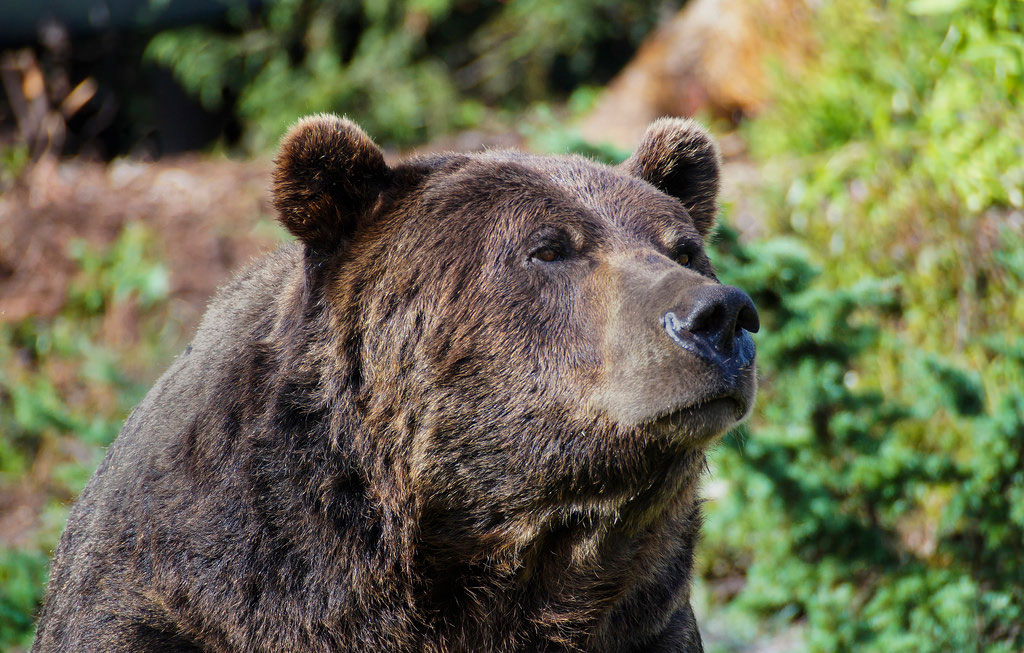 The grizzly bear’s primary food sources in the region are dwindling away. Yellowstone Lake cutthroat populations once supported huge spawning runs that supported bears, but were wiped out by invasive lake trout. Whitebark pines that once produced bumper crops of high-fat pine nuts that bears relied on to fatten up for hibernation, but whitebarks have largely died out due to climate change and bark beetles. Elk populations, while an abundant and important food source for bears today, are threatened by the approach of deadly chronic wasting disease, as well as the specter of a test-and-slaughter program targeting elk affected by the livestock disease brucellosis, as has been suggested for the benefit of local livestock operations.

“Grizzly bears in the Yellowstone Ecosystem have lost most of their major food sources over the last several years,” said Mike Garrity, Executive Director of Alliance for the Wild Rockies. “Whitebark pine and Yellowstone cutthroat trout have almost disappeared and bison are being shipped to slaughter. At the same time, the Forest Service has removed the restrictions that were in the Forest Plans to protect grizzly bears. Now is not the time to start having a hunting season on grizzly bears.”
The livestock industry in Yellowstone, although dwarfed by tourism in economic significance, still poses a major threat to grizzly survival. The livestock are displacing the natural prey base for grizzlies by taking almost half the vegetation every year that would otherwise go to native wildlife. Some 45 grizzlies were killed between 2012 and 2014 for preying on domestic livestock on public lands or wandering down onto private ranches, and far more were relocated.

“The Yellowstone region is one of the last places where grizzly bear still occupies its natural place as the king of the mountains,” said Erik Molvar of Western Watersheds Project. “But the livestock industry continues to push sheep and cattle deep into the mountains, causing conflicts with grizzly bears and other native wildlife in their natural habitats. Turning grizzly bear management over to trigger-happy state agencies without guarantees that the bears will be protected turns back the clock to the dark days when predator killing was the rule and grizzly bear populations were eliminated.”

Particularly problematic in the delisting is the federal government’s decision to create a new ‘Distinct Population Segment’ of grizzly bears in Yellowstone for the purpose of stripping ESA protections in this area.

“The courts have ruled that the U.S. Fish and Wildlife Service cannot cherry-pick relatively stable populations of an endangered or threatened species, and draw a line around them for the purpose of removing protections,” said Dr. Sara Johnson, a wildlife biologist with Native Ecosystems Council. “Only in Yellowstone and the Crown of the Continent region of Glacier National Park and the Bob Marshall wilderness complex are bear populations anywhere near the viable population level. Throughout the rest of the grizzly’s remaining suitable range they are either extirpated or barely clinging to survival.”

The groups are represented by Tim Bechtold of the Bechtold Law Firm. The Notice of Intent signals the onset of a 60-day period required under the ESA where federal agencies have the opportunity to correct legal violations before the lawsuit is filed in court.