Stop the Yellowstone Massacre of Bison 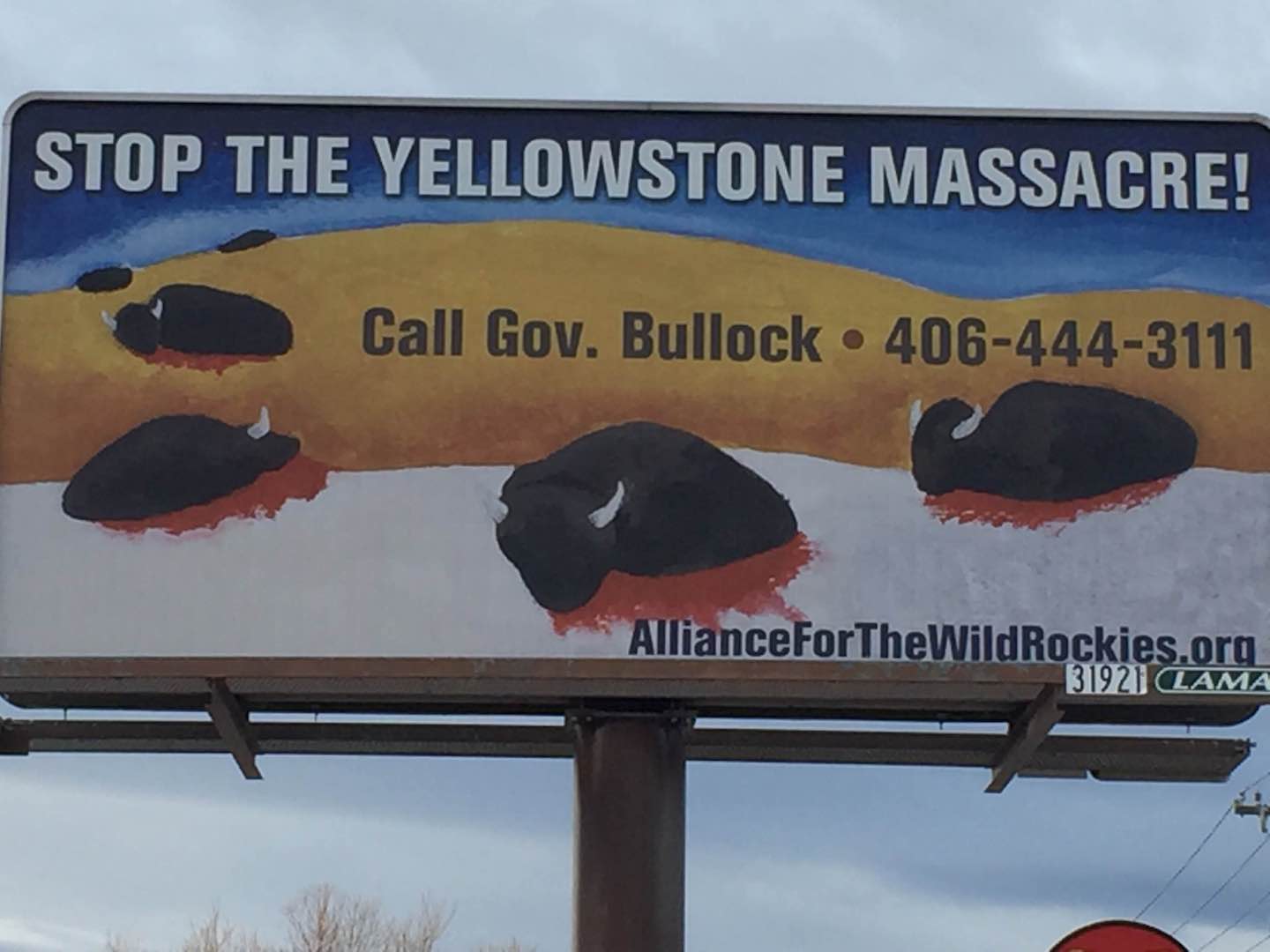 This week billboards went up west of Bozeman on the highway leading to Yellowstone National Park and in Helena near the state capitol building asking Governor Bullock to “Stop the Yellowstone Massacre.” This is the headline message overlaying a stark winter landscape covered with bloody, dead Yellowstone buffalo.

“It’s a collaborative effort to recognize and manage Yellowstone buffalo as wildlife, not livestock,” said Bozeman artist and environmental activist Steve Kelly. “Working with the Alliance for the Wild Rockies is rewarding for me because they’ve always stepped up to resist extreme government violence against nature and wildlife, generally, and wild Yellowstone buffalo in particular.”

The Alliance and Kelly have been perennial critics of APHIS (Animal and Plant Health InspectionService)-USDA for its dominant role in the killing of Yellowstone buffalo, for funding junk-science, propagandizing the issue, and pandering to the livestock lobby. “APHIS is a “captured” federal agency using brucellosis as a weapon against the good people and wildlife of Montana and Yellowstone National Park,”

Kelly concluded. “It’s time to end their “Reign of Terror.”

Mike Garrity, Executive Director of the Alliance for the Wild Rockies said, “The Montana Governor has stopped this slaughter before with an executive order where he prohibited the transportation of buffalo across Montana for slaughter.  It is time for Governor Bullock to step up and do the right thing.”