Tester and Daines Wrong on Equal Access to Justice Act

The IR’s recent article on citizen enforcement of natural resource laws would have been more informative for readers had it concentrated on why the Forest Service keeps losing lawsuits over and over for the same reasons instead of the fees awarded to plaintiffs’ attorneys under the Equal Access to Justice Act. 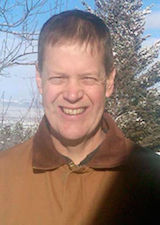 The implication is that environmental groups are getting rich off of lawsuits when, in fact, any costs awarded under the Equal Access to Justice Act goes entirely to attorney fees, not the organizations they represent. The article also neglected to make clear that it costs the conservation groups thousands of dollars each time they sue the federal government because, even if we win, only the attorneys are reimbursed for the time they spent on the case.

Montanans should also find it disturbing that Montana’s Republican Congressman, Steve Daines, and Democratic Senator, Jon Tester, have both said it’s the Equal Access to Justice Act that needs to be changed to keep attorneys from getting paid when they successfully sue the federal government.

Before Daines and Tester get too excited about getting rid of the EAJA, perhaps they would benefit from reading a little of the very long history on the purpose of attorney fee laws. For instance, take the words of Chief Judge Kozinski of the Ninth Circuit Court of Appeals, who was appointed by President Reagan. “Lawyers must eat, so they generally won’t take cases without a reasonable prospect of getting paid,” Kozinski wrote in the 2008 Moreno v. City of Sacramento ruling. “Congress thus recognized that private enforcement of civil rights legislation relies on the availability of fee awards: ‘If private citizens are to be able to assert their civil rights, and if those who violate the Nation[‘s] fundamental laws are not to proceed with impunity, then citizens must have the opportunity to recover what it costs them to vindicate these rights in court.’ Congress emphasized the importance of attorneys’ fees in cases seeking injunctive relief, where there is no monetary light at the end of the litigation tunnel: ‘If successful plaintiffs were routinely forced to bear their own attorneys’ fees, few aggrieved parties would be in a position to advance the public interest by invoking the injunctive powers of the Federal courts.'”

As members of Congress, Daines and Tester should know that the vast majority of the time the Equal Access to Justice Act is used, it’s on social security lawsuits, not environmental issues. Changing the Equal Access to Justice Act to benefit the timber industry will leave social security recipients, i.e. all of us at a certain age, without the ability to ensure that government agencies follow the law.

Mike Garrity is the executive director for the Alliance for the Wild Rockies. He lives in Helena.