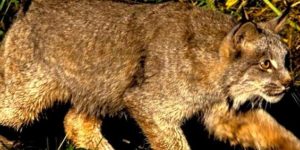 The U.S. Fish and Wildlife Service has proposed a new lynx habitat rule after being sanctioned by a federal district judge in Missoula.

On Thursday, the USFWS published draft economic and environmental analyses of the areas proposed for critical lynx habitat in the continental U.S.

The proposal revises the habitat boundaries the USFWS established most recently in 2009.

It includes most of the areas designated in 2009 and adds private timberlands in northern Maine and Bureau of Land Management and National Park Service lands in northeastern Wyoming.

The economic study found that USFWS consultation costs resulting from the new designation are unlikely to reach $100 million in any given year because most of the area was already designated as critical habitat. Incremental costs are expected to be minimal and largely administrative, the study said.

The USFWS listed the lynx as threatened under the Endangered Species Act in 2000 but failed to develop a recovery plan.

A delay of more than a decade prompted four environmental groups to sue the USFWS last year.

Last month, U.S. District Judge Donald Molloy of Missoula ordered the USFWS to set a schedule for completion of the plan.

USFWS attorneys argued that they hadn’t been able to develop a plan because the service needed to finalize the critical habitat designation but had been unable to do so. This will be the third attempt.

In 2006, the USFWS identified habitat critical to the cat’s recovery, but environmental groups determined that it was insufficient and sued.

The USFWS added habitat in six northern states, including Montana, in its 2009 revision of lynx habitat.

The lack of a final habitat designation has opened several U.S. Forest Service projects to lawsuits because the Forest Service either did not consult with the USFWS on habitat or the consultation was based upon previous designations that were found to be insufficient by the courts.

“We still don’t think it’s going to do what the law requires: recover lynx,” Garrity said. “We fought for bull-trout habitat for 10 years until they got it right. We’ll do that here.”

The USFWS has opened a comment period on the draft assessments until July 21.

For more information and to view the documents, visit www.fws.gov/mountain-prairie/species/mammals/lynx/index.htm