Using wildfires as an excuse to plunder forests 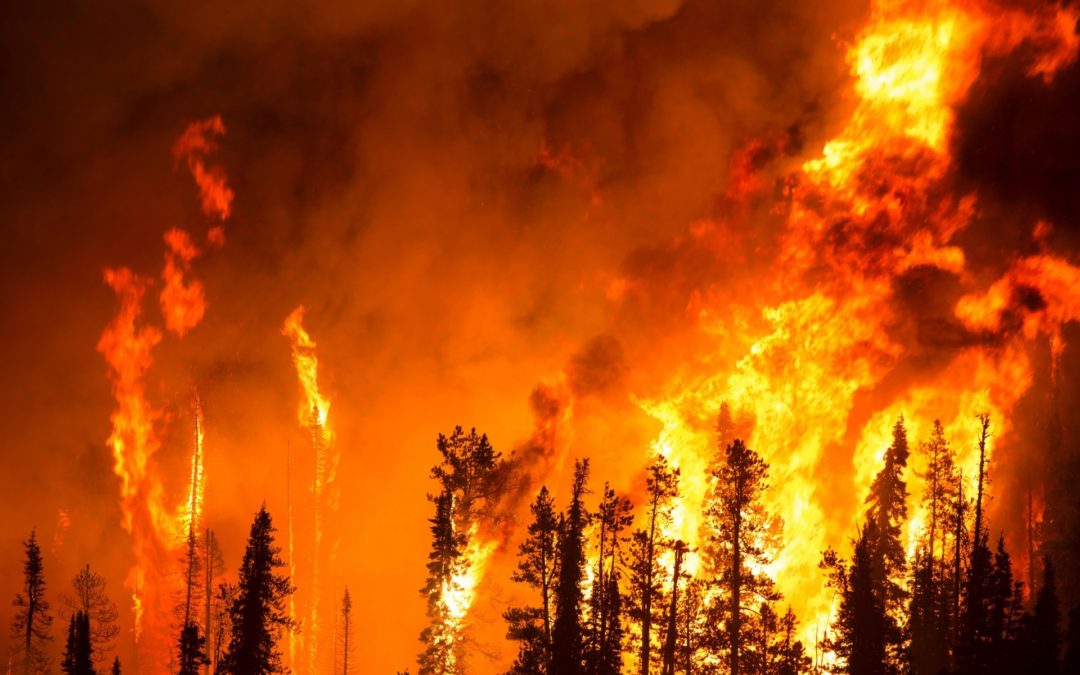 President Donald Trump recently blamed environmental protections for the loss of homes and lives in wildfires in California, and followed up that groundless suggestion by strongly implying that increased logging could protect rural towns from these conflagrations.

Not to be outdone, his interior secretary, Ryan Zinke, complained that “environmental terrorist groups” were, in part, responsible, through legal efforts that had blocked logging of live and dead trees.

This false narrative is part of the Trump administration’s effort to promote the inclusion of extreme logging measures in the farm bill that House and Senate leaders are now negotiating. (The current farm bill expires at the end of the month.)

These provisions, included in the House version of the bill, could exempt an unlimited number of commercial logging projects up to 6,000 acres each in our national forests from environmental analysis and meaningful public comment.

This would include logging of old-growth forests and clear-cutting of ecologically important post-fire habitat, upon which many imperiled wildlife species depend.

Proposed changes would also essentially nullify the application of the Endangered Species Act to federal forests by eliminating the requirement to consult with the United States Fish and Wildlife Service over impacts to endangered species.

The House provisions represent the gravest threat to federal forests in decades. If they become law, our national forests would become unrecognizable.

What’s more, such destructive logging would do nothing to protect homes from wildfires — and might even lead to greater damage by fires.

The danger from wildfires is real, but cutting down more trees is not the solution. By far the most effective way to prevent damage is to focus on basic fire-safety measures for at-risk houses.

These include installing fire-resistant roofing, ember-proof exterior vents and guards to prevent wind-borne embers from igniting dry leaves and pine needles in rain gutters and creating “defensible space” by reducing combustible grasses, shrubs and small trees within 100 feet of homes. Research shows these steps can have a major impact on whether houses survive wildfires.

Unfortunately, most counties in the United States don’t incorporate these protections in their building codes or help homeowners maintain defensible space. This must change, but it will not happen if politicians instead pursue misinformed measures like the ones that could end up in the farm bill.

Most of the homes that were destroyed by wildfires over the past year, as in the Tubbs fire and Thomas fire last fall in California, were not primarily in forested areas, but in grasslands, shrub lands and oak savannas. Furthermore, recent research by one of us, Dr. Hanson, and colleagues shows that reducing environmental protections and increasing logging does nothing to curb fires.

On the contrary, increased logging can make fires burn more intensely. Logging, including many projects deceptively promoted as forest “thinning,” removes fire-resistant trees, reduces the cooling shade of the forest canopy and leaves behind highly combustible twigs and branches.

While forest density and the concentration of dead trees generally appear to have a minimal impact on the intensity of wildfires, data show that climate-change-driven drought and abnormal weather is increasingly influencing fire behavior and the length of the fire season. The provisions that pro-logging politicians seek to include in the farm bill run directly counter to what we should be doing to slow global warming.

Dr. Chad Hanson is an ecologist whose research focuses on forest and fire ecology. Michael Brune is the executive director of the Sierra Club.