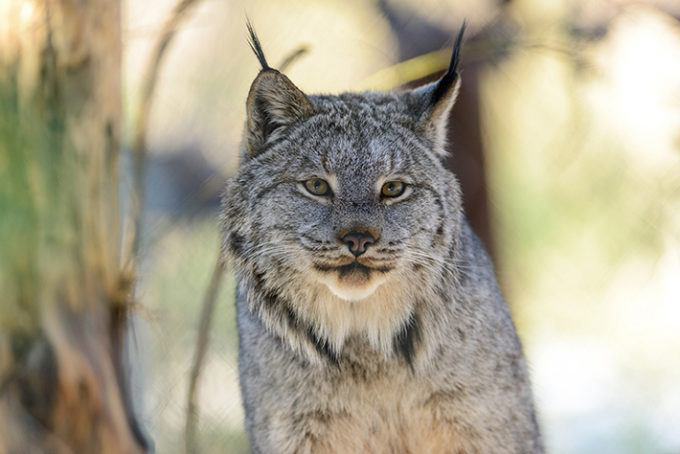 Canada lynx, recognized by its large, black ear tufts, is considered recovered and may be removed from the list of endangered and threatened species. Photo courtesy of Eric Kilby/Creative Commons.

What do you do when the Forest Service ignores federal court orders, arbitrarily changes definitions, and re-maps critical habitat for lynx to clearcut the nation’s dwindling mature national forests next to the Absaroka-Beartooth Wilderness Area that just happens to contain the greatest concentration of peaks over 10,000 feet in the nation? If you’re the Alliance for the Wild Rockies and Native Ecosystems Council you sue ‘em again, especially if you believe federal agencies have to follow the law just like the rest of us.

AWR and NEC just filed their second lawsuit in federal district court against the Forest Service to stop them from sacrificing lynx, grizzly bear, and elk habitat to subsidize the timber industry with $588,000 federal taxpayer dollars.

We first sued to stop the Greater Red Lodge logging project in July 2015 and the Forest Service withdrew the decision authorizing the logging in November 2016 after a federal district court granted the groups’ request for an injunction. The Court found the Forest Service had violated the law by not consulting with the Fish and Wildlife Service on the potential impacts to federally-designated lynx Critical Habitat.

Now the project is back and the Forest Service arbitrarily changed definitions, remapped lynx habitat boundaries, and erroneously claimed the entire project is in the wildland urban interface to get around legal habitat protection requirement.

The Greater Red Lodge Timber Sale, which is in the Custer Gallatin National Forest and directly adjacent to the Absaroka-Beartooth Wilderness Area, in the greater Yellowstone ecosystem, would build and rebuild 19 miles of logging roads – some of which are currently trails — to commercially log 1,051 acres. The project also includes clearcutting over 500 acres of mature forests in lynx critical habitat and grizzly bear habitat, both of which are listed as “threatened” under the Endangered Species Act.

Since this area is federally-designated lynx critical habitat under the Endangered Species Act, the Forest Service has a big problem with their proposal for clearcutting, since clearcuts completely destroy lynx habitat. To get around the legal requirements for maintaining habitat to protect ESA-listed species the agency arbitrarily decided to change the existing maps from ‘lynx habitat’ to ‘wildland urban interface,’ even though the area meets the legal definition of lynx habitat, but does not meet the agency’s own definition of wildland urban interface.

Unfortunately, no matter what the problem is the Forest Service solution is always more logging and more road building. Even though studies show that logging and bulldozing more logging roads does nothing to prevent or slow down wildfires, the Forest Service erroneously claims that logging will make the forests more resilient to fires. Yet the Bootleg fire, the largest wildfire in the nation, has already burned 413,000 acres and is burning through heavily logged and roaded areas in Oregon.

While we can improve fire resistance for structures by doing things like having non-flammable roofs and decks and removing most vegetation next to a home – we can not and should not fireproof forests. The harsh reality, undeniably proven by all the best available science and certainly backed up by this year’s intense wildfire activity in the west, is that more logging and logging roads not only won’t stop fires, but they inevitably lead to more invasive noxious weeds, dead grizzly bears, and fewer elk and lynx.

The battle to hold the Forest Service to the law, fight the debunked myths that logging stops wildfires, and protect our remaining national forests for present and future generations isn’t even close to over. We are not collaborators. We do not believe we can continue to “get the cut out” of our National Forests. And if endangered native species are going to survive, they require suitable habitat, not clearcut stump fields. We need to save forests as carbon sinks, not subsidized sacrifice zones for the timber industry.

Our overheated climate is killing our forests already – the Forest Service doesn’t have to add to the loss with more clearcutting. If you think this is a battle worth fighting, please consider helping us protect habitat for the threatened grizzly bear and lynx.