A preliminary analysis of the written comment record submitted on the proposal to reintroduce grizzly bears to the Bitterroot Mountains-obtained following a lawsuit under the Freedom of Information Act-shows a strong majority favor full threatened species status for grizzlies within the Bitterroot ecosystem of central Idaho and western Montana.

The comment record—obtained by the Alliance for the Wild Rockies—shows there were 1,501 written comments which identified support for a specific alternative. An additional 622 written comments did not specify support or opposition for any of the four alternatives identified in the Draft Environmental Impact Statement.

Moreover, 1,566 individually signed and mailed postcards specifically favoring Alternative 4 were treated by the U.S. Fish & Wildlife Service as a petition rather than individual comments. Therefore, the comment record was actually even more skewed towards Alternative 4.

In addition to the individual written comments, petitions were submitted from the National Wildlife Federation and Defenders of Wildlife, and the Bitterroot Valley group Concerned About Grizzlies. 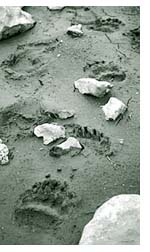 “We finally know the public comment favors the strongest levels of protection for grizzly bears and their habitat. It’s a shame we learned this only after the final EIS has been released and the government has already made up its mind,” said Mike Bader, executive director of Alliance for the Wild Rockies. “For the past two years the government and the backers of Alternative 1 have claimed they developed the most popular approach. However, the official hearing record, and now the written comment record, belies that claim.”

The government’s preferred Alternative 1 would classify grizzlies as “experimental, non-essential,” meaning substantially less protection under the Endangered Species Act. In seeking the comment record through the federal court system, the Alliance had said, in part, it wanted to see how the government had responded to public comments on the draft EIS.

The preliminary analysis indicates that the government not only failed to generate strong public support for its preferred alternative, it failed to respond to the sentiment of a vast majority of those who commented on the proposal. It also failed to incorporate the substantive concerns of numerous scientific societies, professional scientists and others with expertise who called for establishment of linkage corridors between the Bitterroots and other grizzly bear populations in the Northern Rockies. The government’s own report, conducted by Dr. Mark Boyce, found extinction risks for grizzly bears were considerably lowered when linked into a meta-population. However, just one substantive change was made to the preferred alternative between the draft and final versions, based on the comments of Montana Governor Marc Racicot (R) for additional mediation procedures.

Alternative 4 drew a diverse support base, including the Missoula County Commissioners, the Salish-Kootenai Tribes, six labor unions, more than 200 businesses, conservation organizations and church groups, as well as many leading grizzly bear scientists.

“We fear the timber and cattle industries have held a trump card throughout this process,” said Bader.

AWR thanks intern Samantha Tilton for her hard work and contributions to the comment analysis!