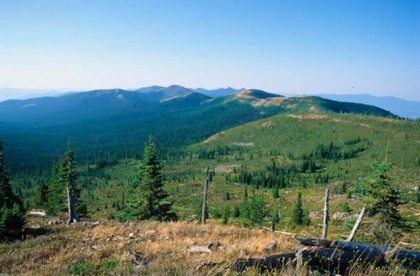 A lawsuit was filed by the Alliance for the Wild Rockies in federal court Monday challenging the U.S. Forest Service’s decision to authorize a large logging, burning, and road-building project in rare habitat for threatened lynx and grizzly bears on public lands in Kootenai National Forest in northwest Montana. The East Reservoir Project authorizes commercial logging on 8,845 acres, including clearcutting on 3,458 acres. The Project will rebuild 175 miles of roads for logging and build 9 miles of new permanent logging roads in the area. The Project will also add an additional 13 miles of unauthorized user-created roads into the legal road system, and open 9 miles of previously closed motorized trails. The Project will decommission only about 6 miles of roads.

The Forest Service reported in their Environmental Impact Statement that this timber sale will cost the federal taxpayer approximately $2.6 million. The project area has already been heavily logged and roaded. Road densities are so high that elk have few security areas and sediment is polluting streams. Over half of the project area has already been logged, including over 22,000 acres of prior clearcutting. Very few stands of old growth forest remain, about 1% of the project area, and they are surrounded and fragmented by clearcuts.

Mike Garrity, Executive Director of the Alliance for the Wild Rockies said, “This area has already been hit hard and it needs a break from logging and road-building.” The Project area is designated to provide critical habitat for the threatened lynx as well as habitat for the threatened grizzly bear. Threatened bull trout also may be present in the area. “By increasing roads and logging the forest, the agency is engaging in the exact activities that harm these threatened, rare species. For the sake of these rare, sensitive species it would make a lot more sense to give the timber industry the $2.6 million of taxpayer money directly rather than subsidize massive clearcuts.”

Garrity concluded, “The timber sale decision allows so much clearcutting that it violates the Forest Service’s own forest plan limits on logging. To move forward with the Project, the agency exempted this timber sale from complying with the Kootenai Forest Plan. “If you can just exempt a huge logging project from complying with a forest plan, then what is the point of having the plan? This is not the way logging is supposed to happen on our public lands.”